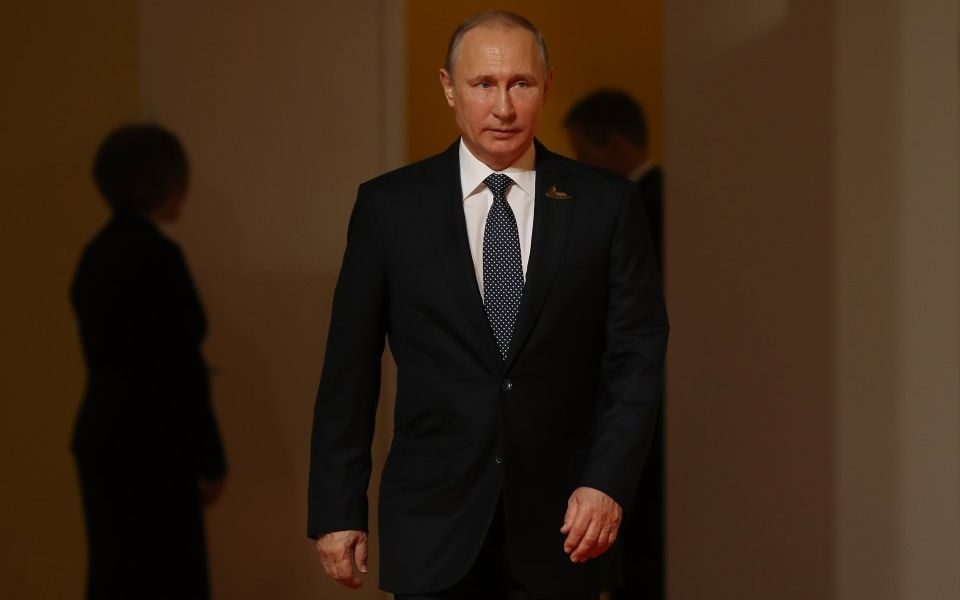 President Vladmir Putin has labelled ex-spy Sergei Skripal, who nearly died after being poisoned with Novichok in an international incident earlier this year, a “scumbag” and traitor.

“Imagine: suddenly someone goes and betrays your country. What do you think about him? Anyone here from any country? He’s just a scumbag, and that’s it,” Putin said at a Russian energy summit today.

Skripal and his daughter Yulia were both victims of a chemical attack in Salisbury in March that the UK, US, Canada and the EU have officially branded an assassination attempt ordered by Russia.

The incident ratched up diplomatic tensions between the UK and Russia, with the US launching sanctions against Russia in August in response to the poisoning.

Putin has defended the two Russian men blamed by UK security services for the attack – Alexander Petrov and Ruslan Boshirov – calling them “civilians”.

They even appeared in a strange television interview in which they claimed to be in the sports nutrition supplement business, visiting “wonderful” Salisbury for its cathedral.

However, investigative journalism group Bellingcat claimed to have uncovered one of the alleged attackers as a Russian military colonel, Anatoliy Vladimirovich Chepiga.

He is believed to have served in wars in Chechnya and Ukraine, awarded commendations from Putin, according to the Telegraph.