Profiting from the retail revolution: What's hot and what's not? 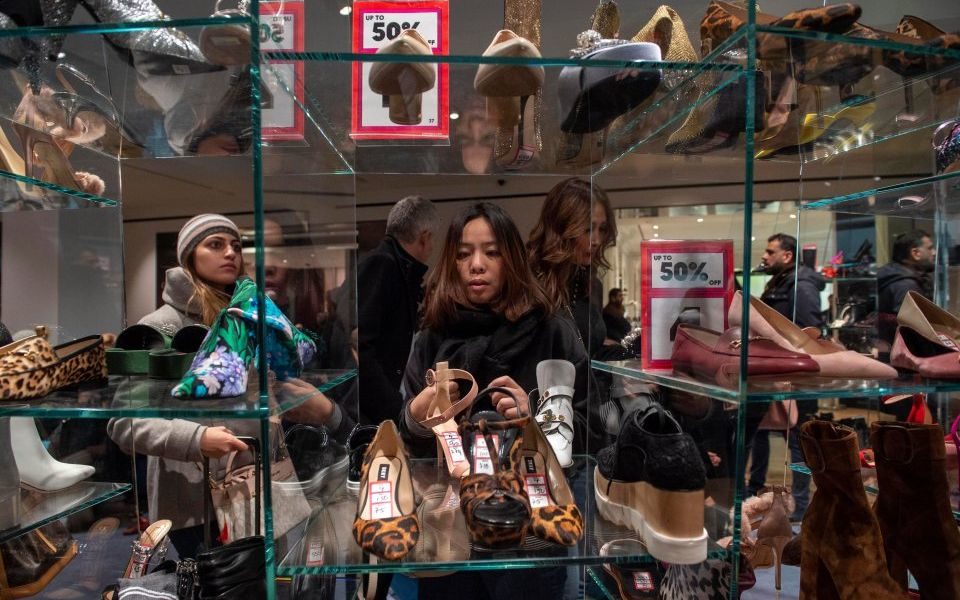 It turns out that so-called Super Thursday wasn’t so super after all.

Despite being lauded as a day when retailers boast strong figures from the festive period, last Thursday proved to be a mixed basket of results.

With consumers feeling the pinch and Brexit-sized uncertainty looming large over the high street, it’s not surprising that UK retailers are having a tricky time of it.

Those aren’t the only problems either, because the growth of online shopping, large Black Friday discounts, and mounting pressures from business rates are also hitting profits.

So with that said, let’s look at what’s hot and what’s not.

Among the big four supermarkets, it was Tesco that came out top last week, after reporting a 2.2 per cent increase in like-for-like UK sales. The company is already benefiting from its buyout of Booker last year, with the wholesaler reporting a 6.7 per cent boost in sales over the Christmas period.

“Tesco attributed its success to significant improvements in its offer, and said it remained confident on the outlook for the full year,” says Ian Forrest, investment research analyst at The Share Centre, suggesting that Tesco’s major restructuring project is beginning to pay off.

Has M&S lost its spark?

However, things don’t look so great for Marks and Spencer, warns Alasdair Ronald, senior investment manager at Brewin Dolphin, with the latest update confirming that trading is difficult for the company.

Even the food division of M&S – where there had been strong like-for-like sales growth since 2011 – saw sales slide by 2.1 per cent compared to last year. Despite a bigger push online, the clothing and home side of the business saw a 2.4 per cent fall, and Ronald notes that M&S continues to lose share in the highly competitive UK apparel market.

“As is the case for many UK retailers, the depreciation of sterling has led to higher costs and, although this will be partly offset by better buying and lower markdowns, earnings per share are likely to remain under pressure.”

But while Neil Wilson, chief market analyst for Markets.com, admits that M&S has a long way to go if it’s going to turn things around, he doesn’t think investors should dismiss it outright. “So far, there’s no significant sign of improvement. But against a tough backdrop and in the depths of a turnaround, it’s too early to write it off. M&S has been here before and come out fine.”

Last week’s update from Debenhams confirmed that the business is really struggling.

“While Debenhams says it will deliver on profit guidance against a volatile market backdrop, high street sales are in almost terminal decline and footfall was weak over the crucial Christmas period,” warns Brewin Dolphin’s John Moore.

With Debenhams starting refinancing discussions with lenders, the investment manager warns that the group is approaching a crunch point in the next 12 months.

“Stories are already circling that lenders will demand that the business restructures,” says Moore. Whatever happens, it’s clear that significant change is required if Debenhams is to secure its future.”

No tears for Boohoo

The Asos profit warning spooked investors and triggered a sector-wide share price fall, turning the market’s attention to online – a part of the retail sector that many investors assumed was still performing well.

However, while Boohoo got caught up in the market chaos, Forrest thinks that the company looks in good shape, having seen sales and profits rise steadily over the past four years.

The fashion retailer also sought to reassure the market by issuing a statement saying that it was trading “comfortably in line with market expectations”.

Hope for the high street?

While investors should look for opportunities on a shop-by-shop basis, overall figures of the retail market paint a worrying picture, with the sector experiencing its worst Christmas since 2008, according to the British Retail Consortium.

And this is having a knock-on effect on other sectors too. Indeed, Camilla Ayling, equity research analyst at Rathbones, tells us not to lose sight of the fact that the retail industry’s performance has implications for other areas of investor portfolios.

She uses commercial real estate as an example, pointing out that it’s becoming increasingly difficult for struggling retailers to meet their rental obligations – many of which were set in more comfortable periods.

Ayling also highlights the divergence between consumer spending on food versus non-food. She points out that, on average, food retailers posted resilient performances, with Tesco outperforming its listed competitors over the important Christmas trading period, while non-food retailers struggled to attract share of consumer wallet.

Ayling suggests that this is due to the shift towards entertainment-led leisure over retail therapy.

So if high street retailers want to survive, they need to create in-store experiences to boost footfall. Selfridges is leading the way with this, says Linda Ralph, vice president of international business development at Mood Media, by using the “apartment trend” to present stores in a way that makes customers feel at home.

She also points to Tommy Hilfiger, which has high-tech stores that emphasise customisation.