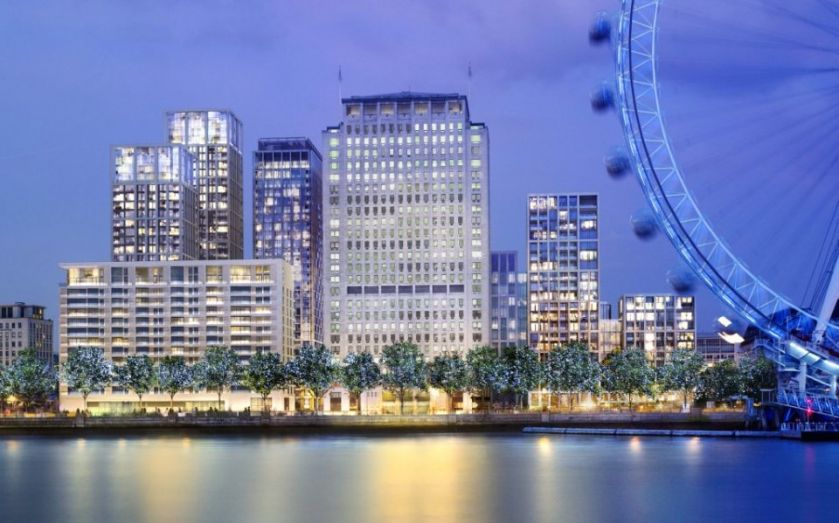 Prices for homes in Canary Wharf Group and Qatari Diar’s controversial Shell Centre scheme on London’s South Bank were unveiled today, with a two-bedroom flat setting buyers back as much as £1m.

Around 863 homes are due to be built on the the 5.25-acre riverside site, which will comprise seven new towers as well as the Shell Centre’s existing 27-storey tower.

The scheme, officially known as Southbank Place, will also have 530,000 square feet of offices and 48,000 sq ft of shops as well as cafes and restaurants. The development is expected to be completed by 2019.

Homes inside One York Square, the first of the seven buildings to be built, officially go on sale this month after opening for registrations in July.

The scheme has faced a lengthy planning battle after facing opposition for obstructing views of the Houses of Parliament.

The marketing suite, where buyers can view mock-up apartments, will be inside Waterloo's County Hall, which was formerly the office of Greater London Council leader, Ken Livingstone and later the interim headquarters of The Diana, Princess of Wales Memorial Fund.

Plans were finally approved last year after Eric Pickles, the former communities secretary overruled objections, arguing that the scheme will “provide accessible jobs and homes, and enhance the character of the South Bank area”.

Canary Wharf Group’s chairman and chief executive, Sir George Iacobescu said: “Today marks yet another exciting milestone in the development of Southbank Place. Our architects and designers have worked hard to deliver a scheme that complements and enriches London’s South Bank for generations to come."

"Now, we are focused on bringing this vision to life and giving back to the South Bank community through the creation of affordable housing and generation of local employment in the construction phase and beyond. The vision of this scheme demonstrates what an outstanding development Southbank Place will be and the positive contribution it will make to London’s cultural quarter.”

Last month, developer Almacantar bought two office buildings on the site – One and Two Southbank Place – for £550m, marking one of the largest deals undertaken in the South Bank’s history.