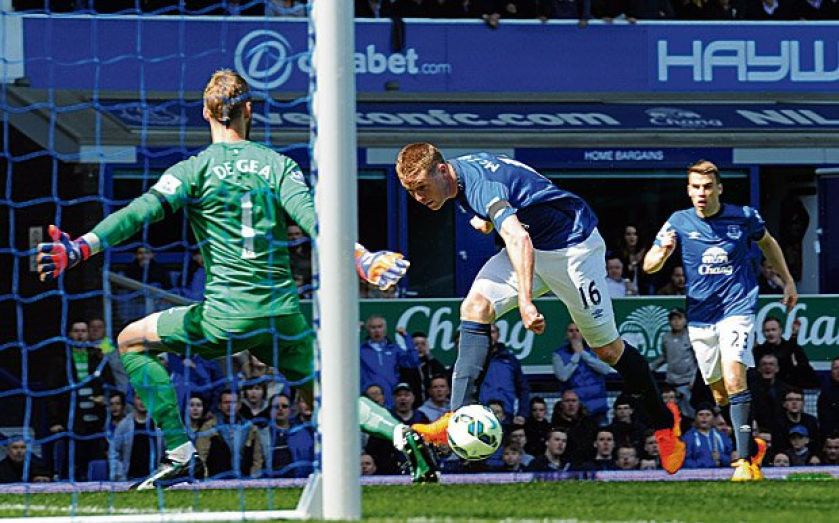 MANCHESTER United manager Louis van Gaal blasted his team’s lack of fight after they suffered successive Premier League defeats for the first time under the Dutchman.

“This is the first match that the other team have shown more fighting spirit than us,” said Van Gaal, who took charge last summer.

“Our motivation, inspiration and aggression was not as high as the opponent. When you see the goal after four minutes, three duels in a row we lost and that is an example. I hope it shall not happen again.”

United remain fourth and seven points clear of Liverpool, who play their game in hand against Hull tomorrow.

A win lifted Everton to 10th and cheered manager Roberto Martinez, who admitted their Europa League exit had helped to improve domestic form.

“It is a big demand to be in Europe and more than anything it is being able to cope with the mental fatigue,” said Martinez. “I think we’ve learned huge lessons and maturity over the campaign but I don’t think the players have had the credit they deserve.”

McCarthy put Everton ahead in the fifth minute when he finished a counter-attack he had started by skipping between United defenders Daley Blind and Paddy McNair and slotting under David de Gea.

Centre-back Stones increased the lead with his first goal for the club, a glancing header from a corner that Ashley Young failed to repel on the goal-line. Substitute Mirallas capped a confidence-boosting win in the 75th minute when he sprung the offside trap and advanced on De Gea before finishing coolly.