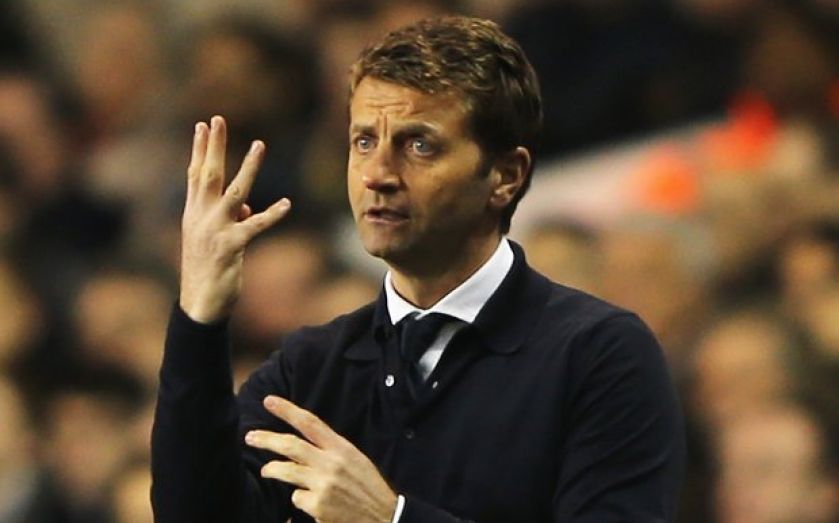 TOTTENHAM manager Tim Sherwood issued a robust defence of his record after a day of intense speculation about his imminent sacking culminated in an emphatic win to boost his team’s European ambitions.

Sherwood cut an agitated figure on the touchline, swinging between wild gesticulation and light-hearted repartee with some home fans, but was entitled to smile at full-time, pointing out his record of 10 wins from 17 top-flight games – a 59 per cent win rate – is better than any of his predecessors in the Premier League era.

“All I was focused on was winning the game, preparing the boys correctly. I’ve just got to be professional,” he said. “It’s been an opportunity to manage this great club and I’m relishing it. My record’s been very good, in the Premier League it’s second to none, my win percentage is higher than any of them.”

Former Spurs midfielder Sherwood insisted Champions League qualification was not declared a condition of his continuing in the job when he was appointed and handed an 18-month contract in December.

“We wanted Champions League but there was never any pressure, any talk about finishing in the Champions League. It was just ‘go out and do your best’,” he added. “I’m doing my best every game to get this team high up the league and I’ll continue to do that until the end.”

It was against the run of play and Adebayor duly equalised when he bundled in an Eriksen cross.

Sunderland fell behind shortly after half-time, when Kane touched in Eriksen’s whipped cross, and collapsed completely after Tottenham’s third.

Eriksen’s 20-yard shot skipped off Phil Bardsley’s heel on its way to the bottom right corner, Adebayor tapped in the fourth after Vito Mannone let Kane’s shot slip under his torso and substitute Sigurdsson poked in an injury-time fifth following a corner.