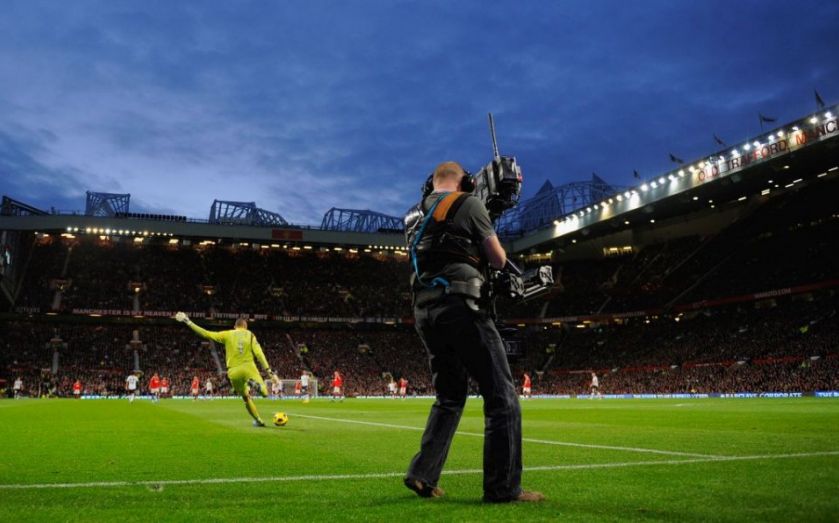 Premier League games are worth more money than ever before after the league agreed a new TV rights deal worth an incredible £5.136bn with Sky and BT.
The average live Premier League football game will cost £10.2m to screen from the 2016-17 onwards, after Sky and BT shared the 168 games split across seven packages.
Analysts had expected the cost to come in at around £4.4bn, but the 72 per cent rise from the current deal worth £3.01bn smashed all expectations.
Sky has secured 126 matches from five packages for £4.18bn while BT took 42 for £960m. Sky Sports will broadcast games kicking off at 12:30pm on Saturdays, 13:30pm and 16.00pm on Sundays, 20.00pm on Mondays and Fridays and occasional midweek games. BT has taken bank holiday games as well as 17:30 Saturday kick-offs.
Sky and BT share the goods: | Create infographics
Premier League chief Richard Scudamore commented:

It is an endorsement of what the Barclays Premier League delivers that these broadcast partnerships have been extended and enhanced today. We are grateful for the continued belief that Sky Sports and BT Sport have in the Premier League and our clubs, both as a sporting competition and organisations to work with.
Burnley are bigger economically than Ajax which says a lot about how our league is made up.

As was expected, the incessant demand for live Premier League football led to its biggest TV rights deal yet. On average, each live game is valued at £10.2m. In contrast, the previous deal was worth just £6.9m per game.

The cost per game has risen 684.6 per cent from the original deal struck in 1992 – 1997 which priced each game at £1.3m. From the 2016-2017 season onwards, the Premier League’s bottom club will receive approximately £99m from the deal.
To put that in perspective, last season’s champions Manchester City received £96.6m. Tomorrow’s losers will earn more than today’s winners.
The blockbuster deal will also keep Premier League wallets fatter than those on the continent. According to the Deloitte Money League, all 20 Premier League clubs are in within the 40 richest in the world.
Thanks to the current deal last season’s bottom-placed club Cardiff City made more money than German and French champions Bayern Munich and Paris Saint-Germain, and Italian runners up Inter Milan.

The Football Supporter's Federation, who propose "twenty's plenty" initiative limiting away fans' ticket prices, point out that for just one per cent of the latest deal the Premier League could afford to pay for a £20 tickets for every away capacity.

However, the flip-side to that is while tickets cost more, they are still in high demand. Scudamore points out:

Last season saw record levels of attendance with the highest top-flight crowds since 1949/50, as well as increased viewing figures across all our UK rights holders.