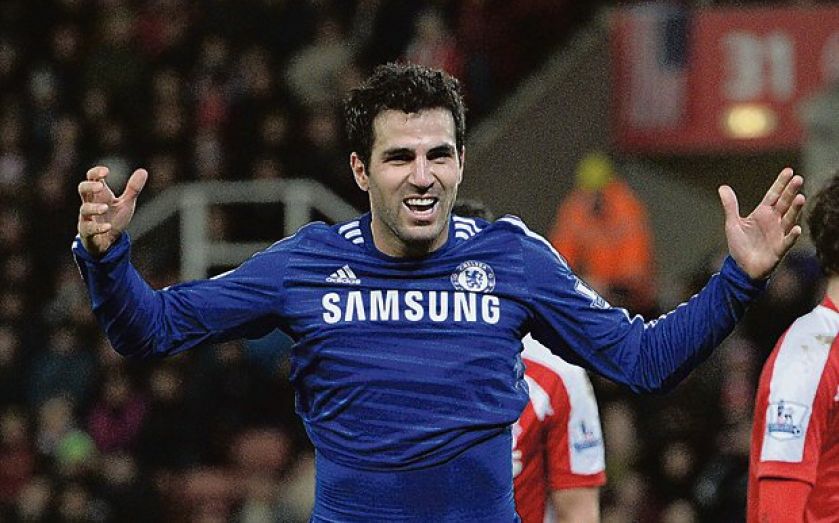 CHELSEA boss Jose Mourinho admitted his side showcased the hallmark of title winners after the Blues re-established a three-point cushion at the Premier League summit with victory over Stoke City at the Britannia Stadium last night.

Skipper John Terry celebrated his 650th club appearance by netting his first goal since December 2013 while Cesc Fabregas made the game safe deep into the second period.

Victory ensures Chelsea are top at Christmas for the fourth time in the Premier League era, a fact Mourinho was keen to overlook despite the previous three occasions seeing the Stamford Bridge outfit end the season as champions.

“I think fantastic performance. These are the matches where the victory means a bit more than three points,” said Mourinho.

“It means the three points but also you can feel the right spirit, feel the team, feel the atmosphere, feel what the players are ready to do to try to win the championship. I am really pleased with the victory in one of the most difficult places to win.

“In my opinion we have been the best team and that is why we are top of the league. But we start this period of Christmas knowing our fixtures are more difficult than any other and we know that our opponents have a different kind of fixture.”

Chelsea opened the scoring inside two minutes when Terry out-muscled makeshift central midfielder Geoff Cameron to power a downward header beyond Stoke keeper Asmir Begovic from a Fabregas corner – the Spaniard’s 12th assist of the season.

Leading scorer Diego Costa started the game with 12 goals in 13 Premier League matches but now only has one in his last six outings across all competitions after dragging a first-half effort past the post before being denied by Begovic late on.

Only twice since Mourinho reprised his role as Chelsea manager have the Blues held a half-time lead in the Premier League and not won, with Stoke barely threatening until substitute Charlie Adam’s drive swerved agonisingly wide.