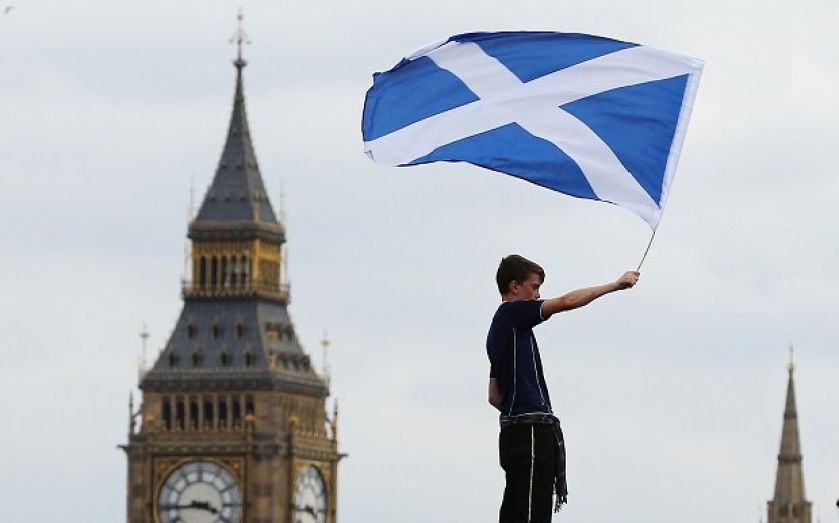 While investors and the public are still digesting the latest polling on Scottish independence putting the Yes campaign in the lead for the first time, the pound took a knock in early Monday Asian trading.

The referendum, due to take place a week on Thursday had been something of a foregone conclusion for most of the campaign. However, after Alex Salmond's victory in the second debate and the SNP's relentless focus on issues concerning public services and social justice the momentum seems to have shifted.

“I thought it was definitely going to be a No vote until last Monday… but now I don’t know,” YouGov’s politics expert Anthony Wells told City A.M.

Uncertainty over the result will give investors further worries that could spill over into weakening share prices of companies with a strong connection to Scotland.

The BBC's economics editor Robert Peston said: "Here is just one illustration of why assessing the economic impact of Scottish independence on Scotland and on the rest of the UK is so difficult – and why sterling has been weakening as the probability of Scots breaking away has increased."

The three main Westminster parties are sending high profile politicians north of the border this week to make the case for the Union. Labour's Gordon Brown and John Prescott and Liberal Democrats Danny Alexander and Charles Kennedy will be campaigning in Scotland this week. Conservative cabinet ministers, as well as the two main party leaders, will also make the trip.