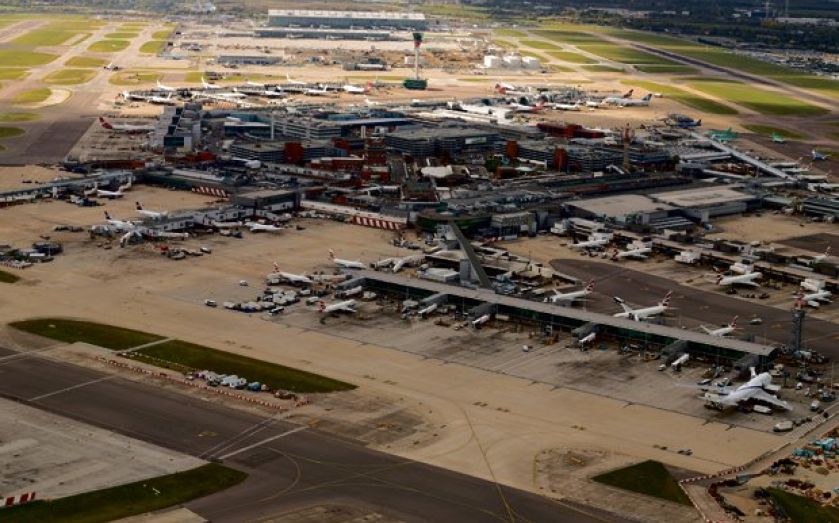 The Airports Commission launched its public consultation on the three listed options for airports expansion yesterday. This follows the Commission’s clear recommendation that London and the South East needs one additional runway by 2030.

Given this critical milestone in the journey to getting a political decision to build a new runway, it’s worth taking stock of how far we’ve now come in the debate on airports expansion over the last year.

Business leaders such as myself have consistently backed the call for new runways. We know from running our own companies just how important international connectivity is in terms of attracting new business to Britain, and how much it underpins our competitiveness in real terms.

A lot of people don’t realise, for example, that 40 per cent of UK exports by value go by air and that the vast majority is high-value goods in the belly holds of passenger planes. It’s also not often appreciated that we trade 20 times more with countries with which we have a direct air link than those with which we have none. So it’s a clear cut economic case of “no plane no gain”.

Yet from past experience, the business community is acutely aware that, without cross-party political support to make something happen, none of the short-listed options for a new runway now being consulted on – whether at Heathrow or Gatwick – will get off the ground. We’ve seen it all before. In 2009, the last Labour government gave the green light for a new runway at Heathrow, only for the new coalition government to put a stop to it in 2010. So getting agreement from the main parties that they will agree to do something in a timely fashion, immediately after the Airports Commission reports back after the general election and early in the lifetime of the next Parliament, is essential.

It is therefore encouraging that, at the recent party conferences, we started to see clear evidence of a fledgling political consensus on airports expansion finally starting to emerge.

At Conservative conference, the chancellor George Osborne acknowledged Westminster’s 40 years of failure to take a decision on building a new runway, stating that “there are always one hundred reasons to stick with the past, but we need to choose the future”. At the Labour conference, the shadow chancellor Ed Balls pledged that a Labour government would guarantee a swift decision on airports expansion in the national interest. It was equally interesting that, in the run-up to the Liberal Democrat conference, the deputy prime minister Nick Clegg stated that airports expansion could happen while meeting the party’s environmental criteria, thanks to technological improvements in modern aircraft – a clear shift in the leadership’s previous position on the issue.

It’s fantastic that ministers and shadow ministers are at long last starting to wake up to the need to build vital new runways in order to boost future jobs and growth.

However, to maintain the trust and confidence of the business community, and to demonstrate a clear willingness to follow through on these commitments, we would now like the main parties to go a step further by offering a manifesto commitment. They must promise to make a speedy decision on airports expansion following the election, guided by the Airports Commission’s final recommendation.

Indeed, it’s interesting that, only last week, the Confederation of British Industry published a survey revealing that 92 per cent of business leaders want such a commitment.

Any party that offers such a commitment would be demonstrating that it is pro-business, serious about securing our country’s future economic prosperity, and able to make the right strategic decisions in the national interest.

With Heathrow already full for ten years, Gatwick full by 2020, and most of London’s airports full by the middle of the next decade without a decision to build new runways, it’s time our main political parties stepped up to the mark and committed in their manifestos to let Britain fly.