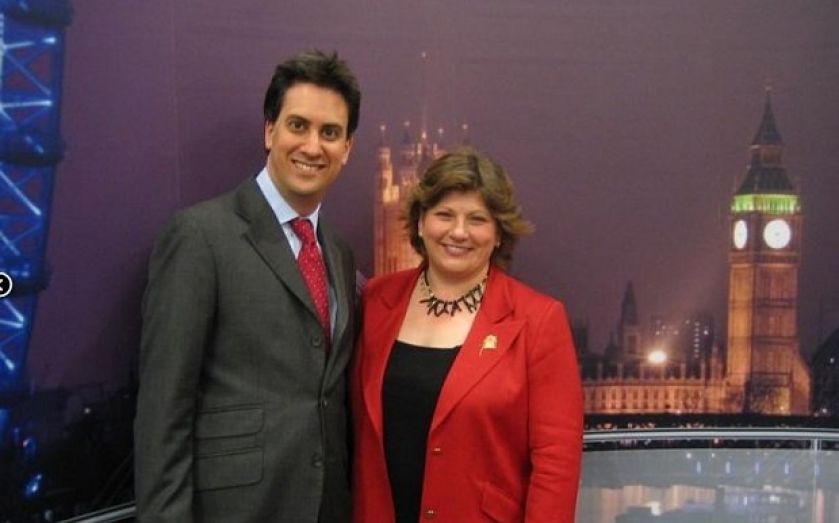 After a storm on Twitter which was then picked up by the mainstream press, Islington MP Emily Thornberry resigned from the shadow cabinet last night.

While pounding the pavements of Rochester and Strood, the Labour MP tweeted a picture of a white van parked in the driveway of a house displaying several England flags with the caption "Image from #Rochester".

But Thornberry is not the only MP to suffer such a humiliation at the hands of Twitter.

In the wake of the Islington MP's inglorious departure from the front line of the Labour party, here are some Westminster's worst Twitter fails

The Labour backbencher and possible London Mayoral candidate faced a tidal wave of criticism after claiming that "white people love playing divide and rule". She sent the tweet in the context of a debate over the role of black community leaders.

The row took a delightful turn when the Hackney MP had to walk off-camera in the middle of a Sky News interview to endure a dressing-down from Ed Miliband.

Following the death of popular broadcaster and Blockbusters presenter Bob Holness, tributes flooded in. However, Labour leader Ed Miliband had a somewhat disastrous misstep in typing, tweeting "Sad to hear that Bob Holness has died. A generation will remember him fondly from Blackbusters".

The message was quickly removed but took its place in one of the many awkward Ed Miliband moments that have reinforced the leader of the opposition's reputation for weirdness and PR missteps.

The Tory MP  – who sports a crop of blonde hair to rival Boris Johnson – landed himself in some hot water after tweeting he would “end up punching” journalist Yasmin Alibhai-Brown “in the throat” if he had to appear on TV with her.

The tweet was sent following a fiery debate between Alibhai-Brown and Spectator columnist Rod Liddle on Channel 4 news. The MP for Lichfield faced calls to resign and later apologised. Even Downing Street felt compelled to weigh into the matter, saying:

In what felt like a throwback to Major days of Tory sleaze, Brooks Newmark resigned after sending some saucy photos of himself to an undercover journalist posing as a Tory PR woman on Twitter.

How do our critics expect us to prove an MP is exploiting his position for carnal gain?

So, kids: if you're looking for a career in Westminster, be careful what you tweet – because there is crowd ready and waiting to tear you apart.

The current minister of State for Business and Enterprise had an embarrassing experience after retweeting a message containing a homophobic slur. He quickly issued and apology.

The Labour leader gets a second entry for his suggestion that former Manchester United manager Sir Alex Ferguson had died.

The wife of House of Commons speaker and failed candidate for Westminster City Council Sally Bercow had to settle in a court case with Conservative peer Lord McAlpine for a a tweet referencing him in a Newsnight investigation on child abuse.