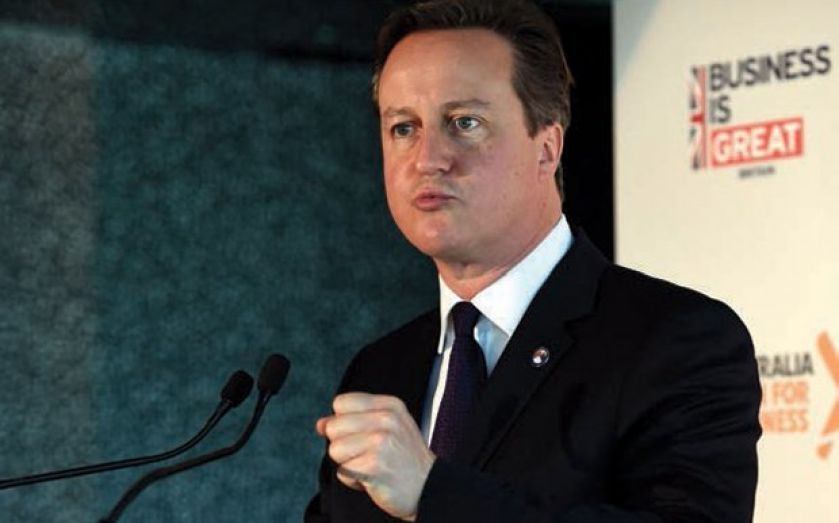 David Cameron will today fire a warning shot over EU negotiations by revealing plans to dramatically tighten benefits allowances for immigrants from within the Union.

The Prime Minister will toughen his stance by insisting that he is ready for Britain to leave the EU unless benefits for migrants can be severely restricted.

His speech comes in the wake of figures which show the Prime Minister has failed in his pledge to reduce the net number of people coming to the UK to the tens of thousands each year. That figure rose to 260,000 for the year to June 2014, the Office for National Statistics said yesterday.

Speaking in the West Midlands this morning, Cameron is set to announce a four-year ban on access to in-work benefits for new EU migrants, alongside a pledge to end the payment of child benefit for children living outside the UK. The Prime Minister is also expected to announce he will increase the time new migrants must wait to claim unemployment benefit from three to six months.

Most controversially, the Tory leader will reveal that he will deport EU migrants who have not found a job and who cannot support themselves financially within a set time period, possibly as short as six months. This measure would go far beyond anything the three main party leaders have promised so far on Europe.

A spokesperson for think tank Open Europe, whose research the Prime Minister is believed to have relied on to come up with the proposals, said the measure to remove EU migrants who did not find work “is not beyond the realms of possibility”.

EU citizens currently have a right to reside in another part of the bloc only if they are in work, looking for work or if they can prove they are financially self-sufficient. The spokesperson said that EU law could be tested to make the way for a rule to deport migrants, should the UK government push ahead with it.

All political parties have shifted their stance on Europe to tackle concerns from voters about EU migration.