Mike Pence: The minute the UK is out of the EU, the US is in 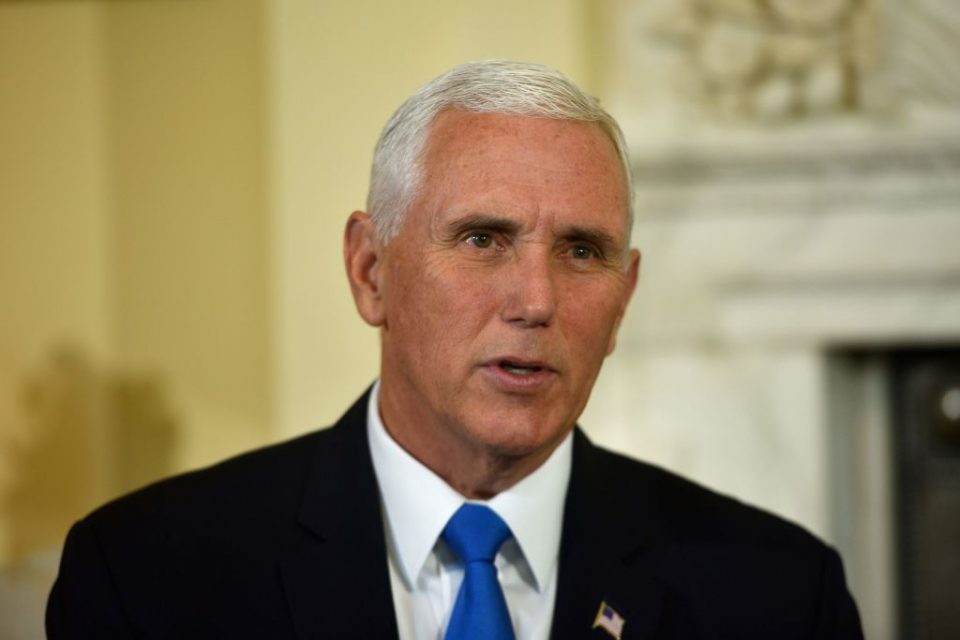 The US Vice President has tonight pledged a free trade deal with the UK “immediately upon the completion of Brexit”, saying Donald Trump stands “shoulder-to-shoulder” with the new Prime Minister.

Speaking at a black-tie dinner at Guildhall in the City of London this evening, Mike Pence told business chiefs the country was like a phoenix rising from the ashes, and “on the verge of what your new Prime Minister called a golden age”.

The room listened as he told them of his meeting with Boris Johnson just hours earlier, and the message he passed on from President Trump – that the US is “ready, willing and able to do a free trade agreement (FTA) with the UK immediately upon the completion of Brexit”.

“We believe an FTA between the US and UK could increase trade between our two countries three or four times,” he added. “And we are already going to work on that FTA. When you’re ready, we will be ready.

“The President told me today to tell Prime Minister Johnson that we will begin negotiations right away. The message is clear – the minute the UK is out, the US is in.”

Referencing Johnson’s own comments to journalists, Pence added: “I can see right now we are going to have some pretty tough discussions about chlorinated chicken.”

Some of the biggest names in British business flocked to the Square Mile tonight for a dinner aimed at bolstering US-UK trade ties post-Brexit.

But trade secretary Liz Truss, who spoke shortly before Pence, drew fire from some attendees for using the platform to make party political comments.

She told attendees: “It is because trade is based on ownership that those on the Marxist left hate and despite it… they hate the idea that anyone other that the state can have control, and because of this they hate freedom itself.”

Tom Sleigh, councillor for Bishopsgate in the City, tweeted: “Liz ‘cheese’ Truss chooses to use the platform that the City of London has given her, and paid for, which was about promoting trade, to attack political opponents. Disgraceful abuse of hospitality.”

The high-profile event attracted tight security measures at the insistence of US authorities. Councillors were prevented from remotely accessing their emails throughout the night, while wi-fi was also disabled around Guildhall from the early morning.

The event had already been attracting criticism, particularly over the choice of Pence – who did not stay for dinner – as a speaker.

The high-profile event attracted tight security measures at the insistence of US authorities. Councillors were prevented from remotely accessing their emails last night, while wi-fi was also disabled around Guildhall from the early morning.

Read more: Boris Johnson would rather be ‘dead in a ditch’ than delay Brexit

One councillor told City A.M:  “This was a dinner the City was bullied into hosting, with a speaker they didn’t invite who couldn’t be bothered to stay for the meal. Those who think a US-UK trade deal will be anything other than one-sided only need look at the behaviour of the Americans around this dinner to realise how gravely mistaken they are.”

Truss’ team did not immediately respond to requests for a comment.