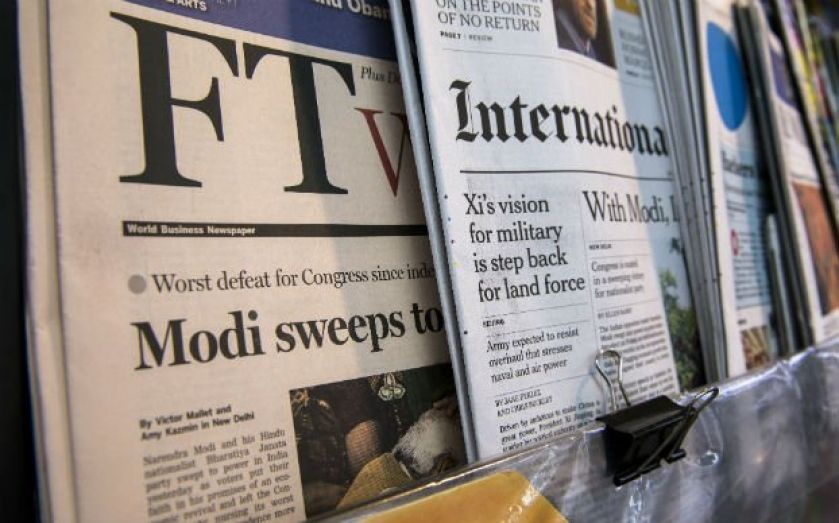 Pearson's share price dropped two per cent this morning after it said it's losing its long-serving finance man, Robin Freestone, who is departing the publisher after 10 years.

The Pearson board has already begun the search for a replacement for Freestone when he departs before the end of 2015, and is looking both internally and externally for a new finance chief.

Meanwhile, the owner of book publisher Penguin Random House and newspaper the Financial Times has said its full year performance remains on-track, reiterating its adjusted earnings per share for the year which are expected to be between 62p and 67p.

Sales were up one per cent for the nine months to 30 September, revenues fell however, down six per cent reflecting the strength of sterling against the dollar and emerging market currencies, while its net restructuring costs came in at £50m this year.

Pearson boss John Fallon said: "We are reiterating our guidance for this year and, overall, we are performing well competitively through a period of change and in difficult markets. We still expect those markets to start to stabilise next year and then return to growth in future years. Our restructuring programme is on track and our momentum in digital, services and emerging market education is building, which will drive a leaner, more cash generative, faster-growing business from 2015."

The integration of Penguin Random House, the merger of Pearson's Penguin and German publisher Bertelsmann's Random House which Pearson has a 47 per cent stake in, is progressing well, it said.

The Financial Times reached record paid circulation of almost 690,000, of which 476,000 came from digital- growth of 23 per cent year-on-year. This offset print declines, but revenue still fell, although the publisher did not say by how much.