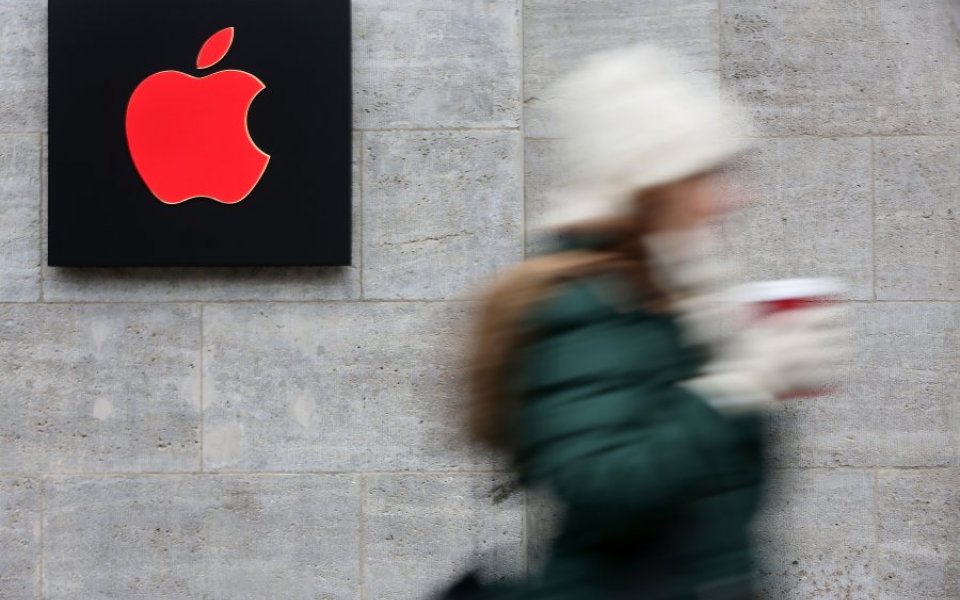 The world's biggest company, Apple, set a new record for US corporate profits last night yet warned that sales are on the verge of tumbling for the first time in over a decade.

“We’re seeing extreme conditions just about everywhere we look, unlike anything we have ever experienced before,” he said.

“Major markets have been impacted by slowing economic growth and falling commodity prices. In the last quarter alone the currency impact has been very large. We are in an environment that is macroeconomically incredibly different from last year.”

Finance chief Luca Maestri said the group had widened its range for predicted revenue in the current quarter “because of the volatility we are seeing in the economy and in currencies”.

The world’s largest firm by market capitalisation, Apple has bolstered that position with year-after-year of growth in sales of its top product, the iPhone, which launched in 2007.

However, fears that the market has seen “peak Apple” were stoked by the company’s revelation last night that iPhone sales growth has slumped to its slowest rate ever.

The group shifted 74.78m iPhones in the first quarter, up just 0.4 per cent compared to the same quarter of last year, and missing analysts’ projections of 75m.

Investors had feared that revenues would be down due to poor sales following the launch of the iPhone 6 and the iPhone 6s and the Apple Watch, and last night’s report was foreshadowed by weak sales figures from a number of Apple suppliers.

These concerns were borne out, with revenue of $75.9bn missing analysts’ expectations of $76.6bn.

Apple has endured a rocky start to the year. Reports of a cut in Apple production earlier this month sent shares tumbling under $100 for the first time since 2014. Investors did not take kindly to reports that the Silicon Valley firm was expected to cut production of both of the latest iPhone models, the 6S and the 6S Plus, by 30 per cent in the first quarter.

Sales in other areas of the company also failed to live up to projections. Around 16.1m iPads were sold, against an expected 17.3m. Meanwhile, numbers for the Apple Watch, which launched in April last year, are still being wrapped into the “other products” category, which reported a 62 per cent increase in revenue year-on-year.