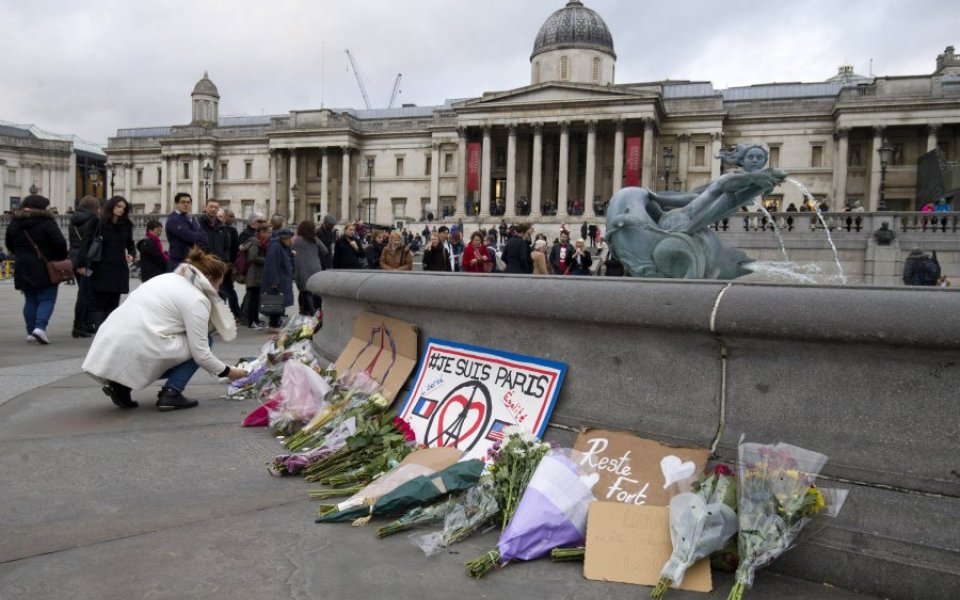 The UK is to join the rest of Europe in observing a minute's silence at 11am today (16 November) in remembrance of the people who were killed during a terrorist attack in Paris on Friday night.

All Whitehall government departments have lowered their union flags to half-mast today, as a mark of respect for the 129 people who lost their lives.

Flags at half-mast over #Parliament & a minute's silence to be observed at 11am to remember those who died in #Paris pic.twitter.com/jR6z7Xcvf5

Local authorities have been told they are not "bound" by the government's request​,​ but can follow it if they wish.

The one minute's silence comes as police on the Continent have raided at least two addresses – one in Lyon, where five people have been arrested and a rocket launcher found, and one in the Molenbeek district of Brussels.

France is marking three days of national mourning for the people who were killed in attacks on restaurants, a concert hall and a sports stadium on Friday.

The attacks have dominated discussions at the G20 meeting in Antalya, Turkey, with country leaders upping measures to tackle the spread of terrorism, including stricter border controls and more rigorous aviation security.

Last night French police stepped up efforts to track down a man named Abdeslam Salah, who is suspected of being involved in the attacks.  French police said they have identified another suicide bomber as 25-year-old Ahmad al Mohammad. He was found with a Syrian passport at the Stade de France.

This morning David Cameron admitted the attacks could have taken place in the UK. His comments came as the government revealed plans to up its spend on security measures to fight Islamic State, including a provision for nearly a further 2,000 spies.