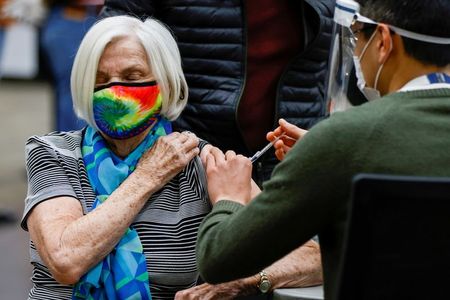 Over 50s could reportedly be offered a third Covid “booster” vaccination this autumn in a bid to eradicate the threat of the virus before Christmas.

Chris Whitty, the chief medical officer for England, is currently supervising two trials, with one involving a jab modified to protect against new variants.

Also Read:
Over 50s to be offered third Covid ‘booster’ jab to eradicate risk of virus before Christmas

The other trial involves a third shot of a vaccine already being rolled out, according to the Times.

It reported that early feedback from the tests have raised hopes that the two methods will help fight back against new and existing variants.

The third jab is only expected to be offered to the over-50s and to people with underlying health conditions, and it could be administered at the same time as the annual flu vaccine.

Also Read:
Over 50s to be offered third Covid ‘booster’ jab to eradicate risk of virus before Christmas

A senior government minister told the newspaper: “We will have a lot to say about the booster programme soon. It’s looking really positive so far.

“We think that the level of protection in the population to any variant will be so high that by Christmas, Covid-19 should have just faded away into the background like any other illness in circulation.

“So much so that we don’t think there will be any need to give a booster shot to younger people because transmission will have got so low.”