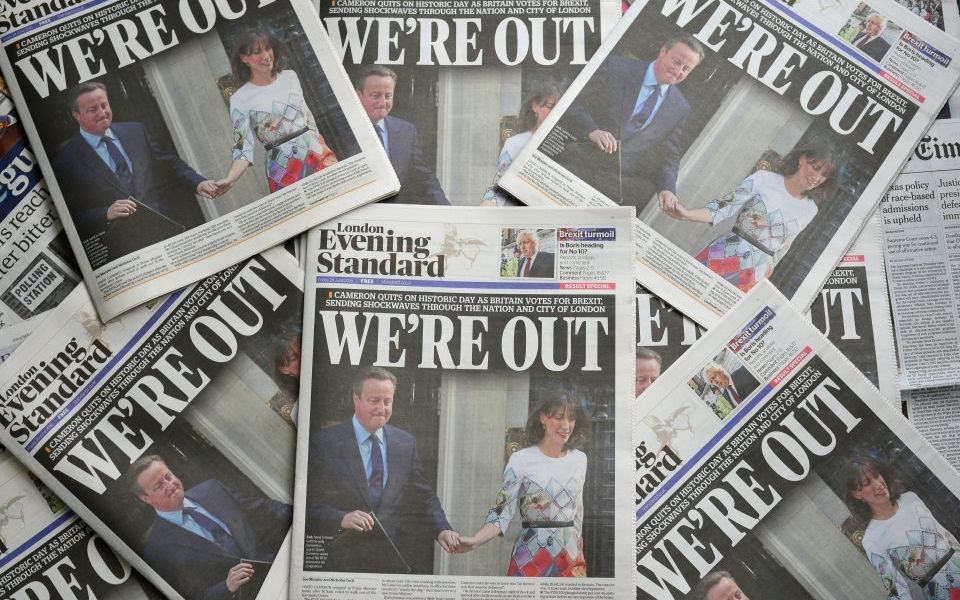 Who wants a second Brexit referendum?

Everyone, it would seem these days. The Czech and Maltese Prime Ministers called for one yesterday at the EU summit in Salzburg. According to Brussels gossip, the UK negotiators have been hampered by whispers that it is possible to get fickle Britain to change its mind.

And, indeed, Vince Cable (of “exotic spresm” fame) could talk of little else at the Liberal Democrat conference this week.

These honest Remainers – spearheaded by the likes of Cable, Tony Blair, and Nick Clegg – are clear that this is about reversing Brexit.

But there’s also the stealth strategy – from Tory rebels like Justine Greening and Labour backbenchers like Chuka Umunna – who want a “people’s vote” on the final terms.

This is apparently not about reversing Brexit, but giving the great British public a final say on the deal, just to double-check that they really do like it. Which, given that Theresa May’s Chequers plan has been slammed by Leavers and Remainers alike, they probably wouldn’t.

Greening has even suggested a three-way poll (options: no deal, government’s deal, or stay), which would helpfully split the Brexit vote.

Either way, the strategy is clearly to rerun the 2016 referendum, with the aim of getting a different result.

As a pre-referendum Remainer, I was utterly dejected with the outcome. Both campaigns fought dirty, and both were irresponsible – Remainers failed to make a positive case for staying in the EU, and Leavers had no coherent plan for what to do if they won.

But even after two years of government fudging and false starts, I believe that a second referendum would be a disaster.

I’m not going to engage with lofty claims about “democracy” – a word that both sides overuse with abandon. Perfect democracy doesn’t exist.

It is insulting to argue that the first vote should be ignored (for legal or demographic reasons, or because people were too stupid to know what they were doing), and blinkered to protest that, once something has been voted on, it is undemocratic to question or seek to alter it.

Rather, my despair at the prospect of another referendum is rooted in logistics, pragmatism, and the naive hope that Britain will ever be able to move on from Brexit.

To start with, logistics. Hugo Dixon, a founder of the People’s Vote campaign, wrote for the Guardian yesterday on seven ways to get a second vote. All but one require existing MPs to force a referendum.

The call for parliament, overwhelmingly dominated by two parties whose manifestos ruled out a second referendum, to rebel to this extent is a reckless one.

It would exacerbate people’s sense of alienation from the political process, providing ammunition for those who argue that politicians are not to be believed or trusted.

The final way involves a snap election. Think that through: one party would need to put holding a second referendum in its manifesto, and win a majority. The only party to try that in 2017 was the Lib Dems, and we know how that went.

Even if such a party succeeded, time is short. An election campaign takes at least five weeks. The new government would then have to pass an act of parliament to hold a second referendum, then run another five-week campaign.

We’ve got 189 days until we leave – are we willing to spend nearly half that time fighting among ourselves?

In terms of who would win, there are polls that point both ways. The country would yet again be ripped apart, polarising voices on the extremes hyping up the rhetoric while consuming the precious little oxygen left for domestic policy issues.

Nor is there any guarantee that Britain would be able to rejoin the EU on the same terms. The UK had a host of opt-outs and privileges – no requirement to join the euro, an exemption from Schengen, the rebates won by Margaret Thatcher.

The EU may want us back, yes, but it’s naive to assume that the arch-federalists would welcome perfidious Albion with open arms. They want to make sure that no other EU country tries the same trick.

In the meantime, the business world would once again be in standby mode – from the moment the referendum was called.

The contingency plans that they have been diligently making in the absence of a coherent government strategy would be irrelevant: either unnecessary if Brexit were reversed, or out-of-date if it weren’t.

It would then be back to the drawing board – especially if Britain had a new Prime Minister starting from scratch on negotiations.

Advocates of a second vote now concede that Article 50 would have to be extended to allow time for a referendum process, meaning that the UK would enter a political and constitutional twilight zone.

If you thought Brexit was chaotic now, imagine that.

That’s to say nothing of the political upheaval, the two main parties pitched into renewed civil war, all delicate consensus thrown out.

We’d likely get new leaders, though who can say who they might be or how long they’d last. Both sides would feel bitter, both betrayed, and at least half the country would lose their fragile remaining faith in the political system.

So much as I sympathise with the politicians, businesses and individuals who despair at the present stalemate and wish we could turn back the clock and pretend the last two years haven’t happened, they have.