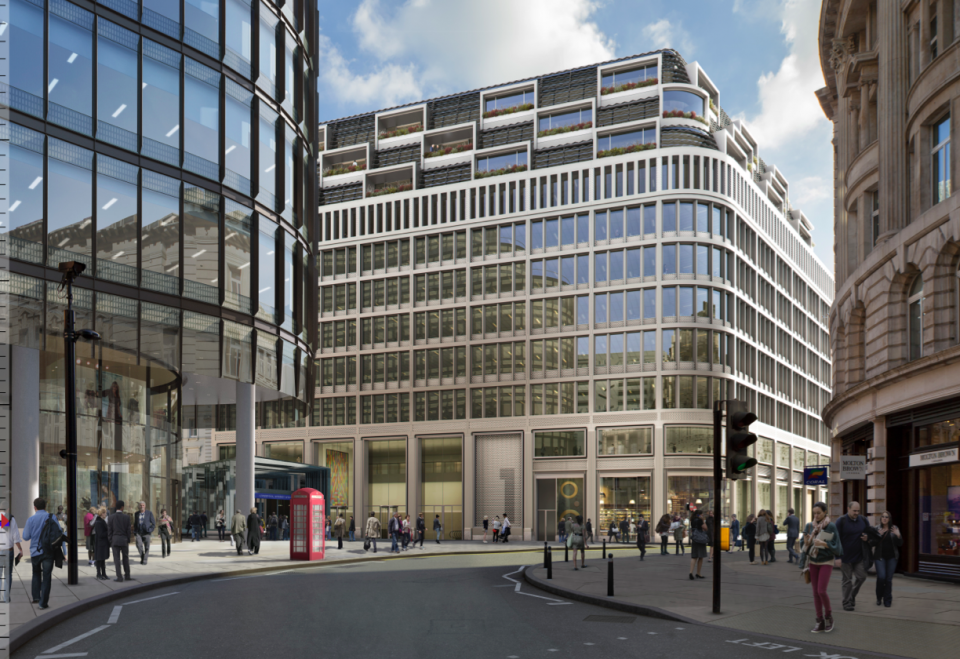 Plans to build a 10-storey office building at Liverpool Street’s future Crossrail entrance have been approved, despite concerns from City heritage groups.

One Liverpool Street will be run by asset managers Aviva Investors, through a joint venture with Transport for London (TfL), and will replace an existing six-storey office block.

The building will provide 260,000 square feet of office space and 6,620 square feett of retail space across 10 floors.

It will also include necessary infrastructure for the future Crossrail line – the Elizabeth line.

Alastair Moss, chair of the planning and transportation committee at the City of London, said the planned 2020 opening of the Elizabeth line made it important to increase development in the square mile.

“We need further sustainable development to future-proof the City and ensures it continues to evolve to meet changing demand,” he said.

The plans were approved 19 votes to eight by the City of London Corporation today, however there were some concerns from Historic England and the City Heritage Society.

Historic England said the building would be located next to three conservation zones and “would cause some harm to the significance of the designated heritage asset of Bishopsgate Conservation Area”.

The group added: “The new building is much greater in height, scale and bulk than that currently on the site or in the immediate area.”

The top three levels of the building – which have have a horizontal “mansard” shape – were a risk to the heritage value of the area, according to the City Heritage Society.

City Heritage chairman Peter Luscombe said: “The large openings and the curious wavy pattern of the three-storey mansard appear out of all proportion to the lower floors and draw attention to the 10 storey height of the building rather than alleviating it.”