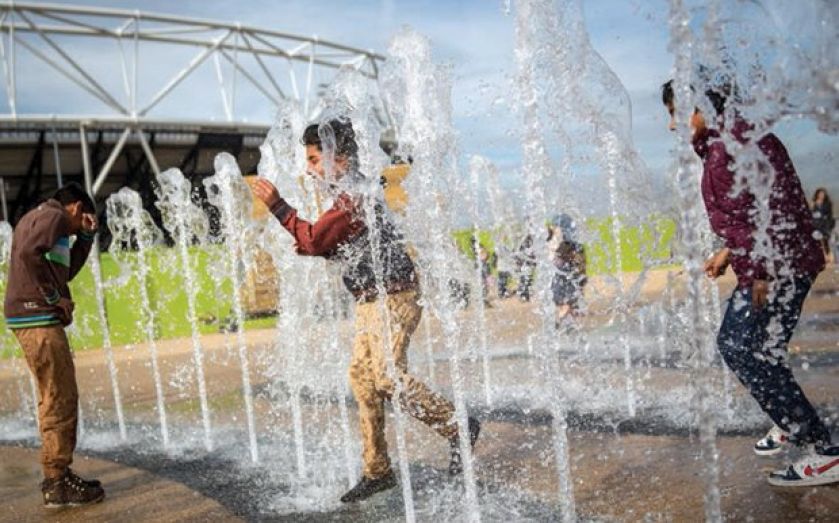 Visitors to Queen Elizabeth Olympic Park made a splash yesterday as the green space was opened to the public for the first time since the London 2012 Games. The east London park, which is the biggest to open in the capital for a century, features interactive water fountains and an adventure playground.

Visitors can also go up the 375ft-high ArcelorMittal Orbit tower. Other attractions include the Aquatics Centre and VeloPark.