Ollie Phillips: Cipriani not the only Gloucester stand-out, Bath struggling for identity and Wasps' hole at fly-half 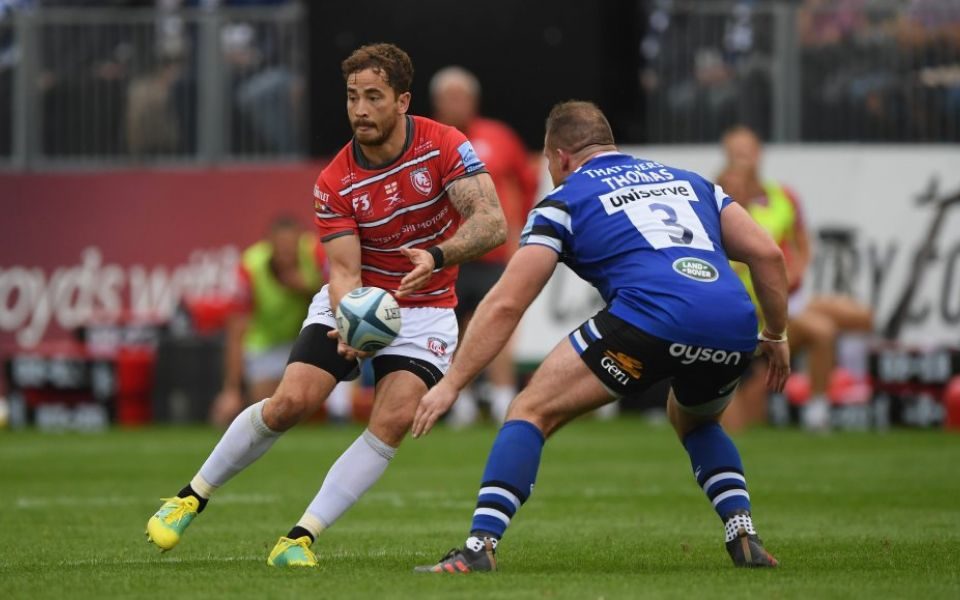 The Premiership season moves so quickly and we’re already approaching the third round of fixtures – and the third west country derby.

Before you know it the The Champions Cup will roll around and November’s internationals will be upon us.

England have not been playing well of late, so this period is a chance for players on the radar to get into some rhythm and find form.

Read more: Premiership takeover: A sports lawyer ponders the questions behind the deal

Already George Ford and Danny Cipriani are vying for the fly-half role, and it is shaping up to be fascinating contest.

It’s early days to be picking outside bets and in a World Cup year I don’t think Jones will be thinking of any radical moves, but there are some people putting their hands up regardless.

Tomorrow sees Gloucester take on Bristol at Kingsholm in yet another derby for the sides.

Bristol have shown they are a more dangerous prospect than many thought they would be. But they have pivotal players like Charles Piatau injured – even if George Smith is able to play after having his red card rescinded – and I don’t think they’ll win.

However, Gloucester still have a lot to learn, as we saw last weekend when they blew a 21-point lead to draw 31-31 with Bath.

Cipriani may be pivotal to Gloucester and motivated by an England call-up, but can’t be spending 10 minutes in the sin bin. He needs to be on the pitch for the full game because without him Gloucester looked pretty lost against Bath.

Val Rapava-Ruskin has been exceptional at prop for Gloucester this season (Source: Getty)

The fly-half may catch the eye, but there is another Gloucester player standing out for me.

Prop Val Rapava-Ruskin was injured last season after joining from Worcester, but has started this campaign so well. When he’s on the field they look a different side, allowing flair players like Cipriani a platform on which to play.

On Saturday Harlequins against Bath is an interesting match-up. Quins have benefited from the new coach effect and are much more exciting.

Although renowned for his defensive work with England, Paul Gustard has them playing more expansive rugby, with Marcus Smith in particular standing out.

Bath, meanwhile, have lost to Bristol and only narrowly salvaged a draw against Gloucester – albeit coming back from 21 points behind.

I don’t feel at the moment that Bath have found their identity under coach Todd Blackadder; they have plenty of talent in players like Rhys Priestland, Tom Homer and Semesa Rokoduguni, but it’s not clicking yet.

At Franklin’s Gardens there will be some England players going head-to-head when Northampton play champions Saracens.

The hosts are boosted by the returns of Dylan Hartley and Courtney Lawes, who will be fired up when coming up against competitors for England positions in Jamie George and Maro Itoje.

Northampton are still trying to find their identity, whereas Saracens know exactly what theirs’ is and it’s very effective. They’ve started the season in destructive form with wins over Newcastle and Bristol and I feel their arsenal will be too much for Saints.

Worcester and Newcastle face off in a must-win, having both lost their opening fixtures to find themselves at the bottom of the early-season table.

Neither side are playing particularly poorly, but although they possess attacking flair with Bryce Heem and Josh Adams going up against Vereniki Goneva, it could descend into a scrappy dog fight.

The weekend saves the best until last with Wasps playing Leicester on Sunday.

Wasps still aren’t a convincing side – so far they have beaten Worcester by a single point and lost at home to Exeter and Dai Young’s side are crying out for a fly-half.

Cipriani’s exit and Jimmy Gopperth’s injury have left them short at No10. Lima Sopoaga has only just turned up from New Zealand, while Billy Searle is a 22-year-old learning his trade. This is a big game for a fly-half to try and stamp their authority on.

The cracks may have been papered over for the time-being but they’re exciting and still dangerous. I think they’ll sniff an opportunity for a win in what has become a derby.

Ollie Phillips is a former England Sevens international, who currently leads the real estate & construction practice at PwC. Follow Ollie on Twitter and on LinkedIn