Oliver's army is ticking off the victories as it marches North 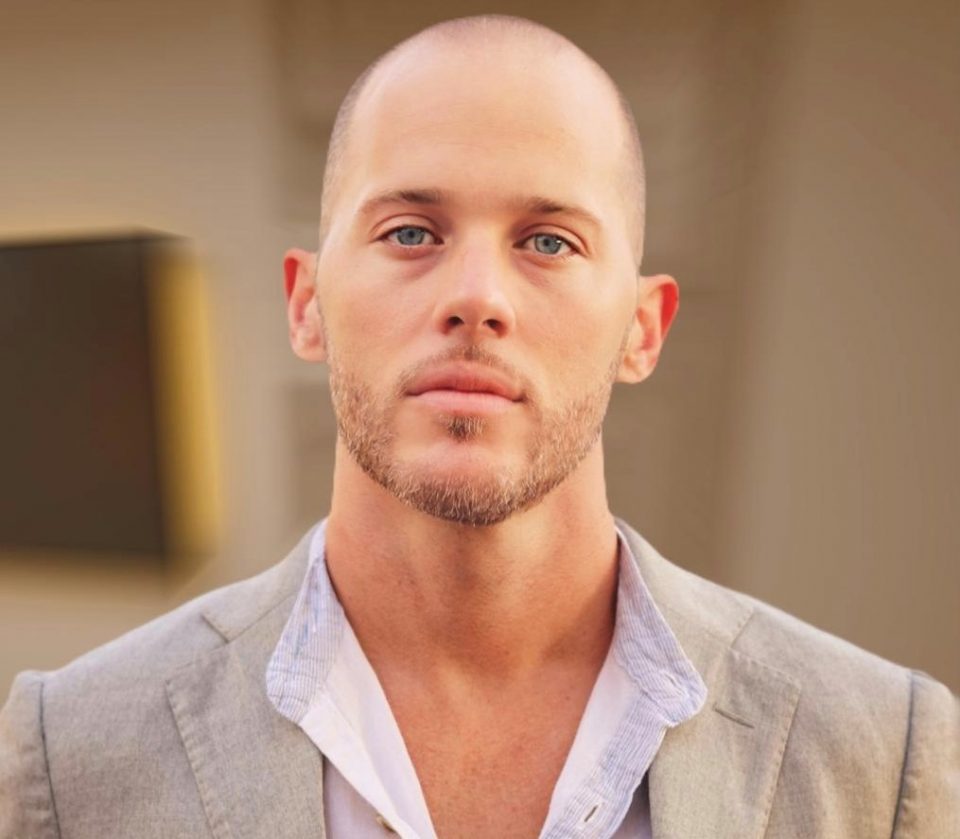 Writer Jillian Godsil meets founder and CEO of Panther Protocol, Oliver Gale – an entrepreneur with music in his soul and a deep sense of right and wrong in his heart…

Interesting point. Before we begin our conversation, I mention that I am speaking later at the sixth Anniversary of the Liberland Conference but that my two key pieces of source material date back to 1976 when I was a child. I figure that no one at the conference will remember these sources and Oliver pipes up – they’ll think it’s original content. That is a far dinkum idea. Why didn’t I think of it before? It is illuminating how he thinks. I do not realise it at the time, but this unorthodox way of thinking frames his life.

Oliver is not who you expect. A white Barbadian entrepreneur who sings reggae. In fact, when I quiz him about this, he breaks into song, singing verses of some length. They are about injustice. When I ask about the origins of the lyrics, he points out later that he hung out on street corners in rough areas, not to make trouble but to look at it. He needed to understand injustice in order to write and sing about it. He was a practicing Rastafarian for four years as part of this journey and while his spiritual views encompass all and no religions, his hankering is for Rastafarian ways of living.

Street corners may have shown him injustice, but his folk instilled values about right and wrong. In his family there have been attorneys, publishers, RAF pilots, authors, teachers and nurses. His great grandfather established the Barbados Advocate. He grew up in a Barbados that is open, free and safe. Oliver is white but his step Grandpa was black. He never knew colour as a child, people were people, still are. He acknowledges there is residual racial tension in Barbados, but it is not his bag. Choices man, choices.

Oliver later attended boarding school in Canada where, at first, he felt uncomfortable living in an overwhelmingly white population.

“I identified more with black culture than white for much of my life. Now I try not to be tilted one way or the other.”

Music, reggae and latterly hip-hop, dominate not only Oliver’s values but his choices. He opted to study finance in the University of Bristol which boasted a strong Caribbean community and reggae scene. He had just released his first single which was a hit and was contemplating invitations to perform across the world. His parents suggested he study first and sing later; he compromised by taking a gap year in Patagonia and Chile before moving onto the UK to study.

True to form he continued music through university and once he graduated, but rather than tread the ordinary boards, he formed his own label, Authentic Revolution.

“I like the intersection between entrepreneurship and music – creation.”

Right now, the music fits into entrepreneurship in periodic flips where he refreshes his muse. He travels to LA to create music for a few weeks. This weekend as we speak, he is finishing early to shoot a music video. His time is on business, but his mind is on music; the creativity flows between.

Control is important to Oliver. He founds companies and enterprises. He does not like to work for other people. He will not waste time arguing or to persuade someone to his world view. He is pragmatic, heading off to create new offshoots if others lag behind. It’s not impatience per se but a kind of realistic allocation of resources, his resources; he’d rather put them to good use.

One of his early triumphs is Bitt.com which recently became the world’s first CBDC to be publicly issued within a formal currency union. Oliver, while previously holding President and CFO of the company, stepped aside once his work was done. It is almost as though once the planks have been put in place, the implementation is then handed over to the executive.

Same with BaseTwo, an investment firm he established in 2017. He saw an opportunity and went for it. He does not hang about, our Oliver. Same with Elemental, a financial entity he formed to provide credit for the underserved.

Bitcoin and cryptocurrencies made an early appearance in his life, but he only dabbled in it. Oliver was initially more interested in the financial systems in the Caribbean which he felt were backward largely for geopolitical reasons. He began to see that cryptocurrencies could solve many of the existing issues. He was so certain he could make a difference, he abandoned his O1 Visa for extraordinary ability to study and work in the US, to build a new financial system for the Caribbean instead.

The intention was to return to music once this was over, but instead he has interwoven the two, and then Panther happened.

Panther Protocol may be the single most important project to be founded by Oliver. Back in 2013 and 2014, he did his research into Bitcoin. Everything was a lot of more intellectual then than now. As an emerging technology and value system, questions were posed about ideology, history, the rise and fall of empires, monetary theories, the cyberpunk movement, and everything in between.

“There was this great education on censorship resistance systems based on a leaderless network. Then on the flip side there was a great push back from regulators who did not understand it at all, who felt it was not only criminal but also totally anonymous.”

The irony of the lack of privacy and anonymity is not lost on Oliver.

“Privacy is a cornerstone of having a voice: a fair and equal voice. While moving to digital or crypto currencies creates a fairer playing field, it also posts every transaction online. This creates a new tension between keeping data private and having it seen. At the end of the day, the question over privacy should begin with this – it is a fundamental human right, but it is complex.

“And this is not about money, although we are dealing with financial transactions, this is about legalities, justice and honour.”

Oliver sees the future where decentralised systems become custodians of data, where people can voluntarily disclose items for things like a passport.

“I can give the compliance department the right to query my transaction graph without giving them access to my data. Where I spent my money is my right and my right to my privacy.”

As for the argument for back doors, they do not work according to Oliver. “That just makes the system fall over, creates a point of potential abuse.”

Naming rights – the inclusion of the letter ‘z’ in the zAssets component of Panther was a conscious decision. Z has good zen in the crypto world. In terms of pricing, there is a cost but that will be driven my market environments.

“Adoption, and marketshare, will be dictated by what is happening. Privacy is an extension of who you are. Owning your private data allows you to therefore share or even sell it, but the size of the market will grow or contract in response to external circumstances.”

Oliver likens it to someone entering a pharmacy in their local town. He suggests that you might spend a few pennies on keeping the contents of your prescription private.

“So, it is not just for the hedge funds, it’s for everyone. In fact, it could become ubiquitous so that people opt to ‘panther’ things in much the same way they now ‘google’ things.”

Already provenance of cryptocurrency poses potential issues. An exchange may decide that a digital asset that comes from a mixer may be deemed non grata. By contrast Panther creates assets that are private but also confidential. So even if the asset had previously been red-flagged, the Panther asset itself is clean.

People are only beginning to realise that crypto assets are not fungible in the same way as dollar notes, even with their individual serial numbers. Two identical instruments are not the same thing and are not equally swappable.

“While central banks hold sway today, with the explosion of digital economies and virtual environments the significance of the physical world is rapidly diminishing, and this can make people feel uncomfortable.”

Time is being compressed, COVID has blurred the lines between home and work boundaries and people are working harder than ever.

‘It is even hard to know who is leading or if we are being led.

It is important that new rules are brought in to master new worlds. The old ways of doing things have to be upgraded. For example, regulators come after the fact, they are not forward looking but retrofitting; it is the nature of their job to stave up legislation, not create it.

‘If you make people the subject, then you make them also the victim. Division of people and transaction is the last bastion of the developing world.”

The pandemic has mixed up the world in the same way a mixed clothes wash rotates its load with colours and garments all tumbled together into a colourful amalgamated confederation. It has also speeded up this process.

Despite this conflagration of sometimes competing ideas, Oliver keeps his eye on the North Star.

“I have a working model of the world but it’s constantly evolving and I’m learning as I go, just staying ahead enough to know that this is north, and north is where we are going.”

And then Oliver leaves to shoot a music video for the afternoon.