The number of people paying Britain's most unpopular tax is set soar before the end of the decade, according to the Office for Budget Responsibility (OBR).

In the wake of George Osborne's final Budget of the Parliament, a YouGov poll found that inheritance tax, dubbed by the Tories as the "death tax", was the most unpopular tax among voters of all parties.

Close to 60 per cent of voters think the tax is unfair compared with just 22 per cent who think it's fair. The only taxes that came close to being as unpopular as inheritance tax were fuel duty and the BBC licence fee.

It's been widely reported that the Tories plan to put raising the inheritance tax threshold to £1m at the heart of their General Election tax pledges. Inheritance tax holds close to a talismanic status among Conservative politicians and strategists.

George Osborne's pledge to cut this death tax at the party's 2007 conference was widely credited with giving the Conservatives a bounce in the polls and scaring Gordon Brown out of calling an election he was likely to win. 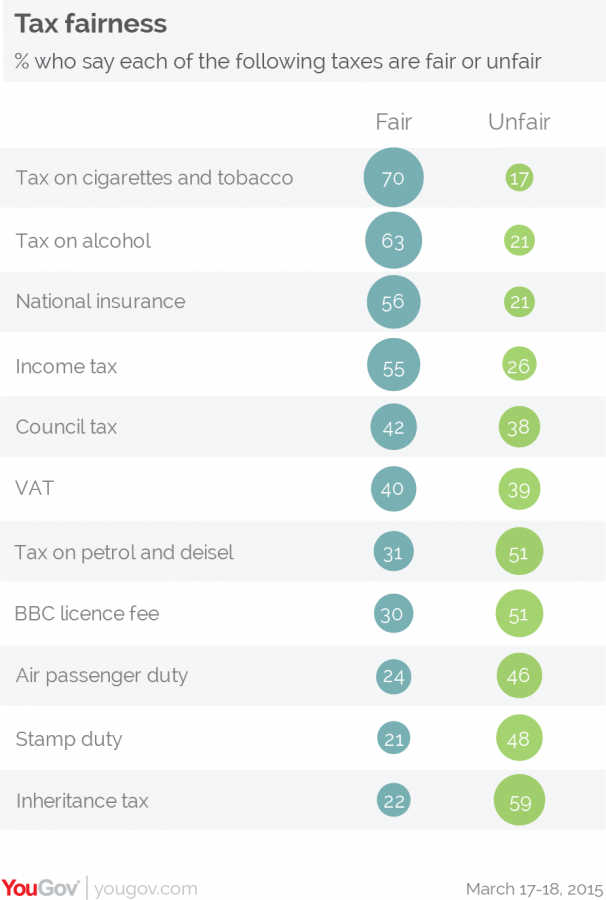