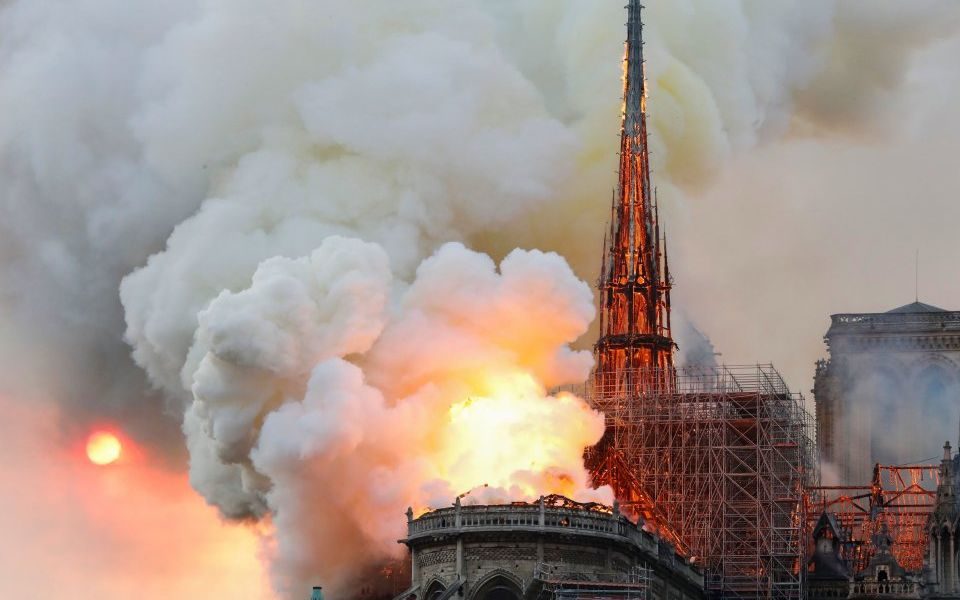 The medieval cathedral of Notre Dame is the most visited monument in Europe, welcoming 14m visitors each year. The Gothic building has stood as one of France’s most famous landmarks for 850 years.

And yet in a matter of hours, a fire wrought terrible damage to Notre Dame, causing the iconic spire and roof to collapse, and destroying the stained-glass windows.

Officials say that the main structure, the two bell towers, and many precious artworks have been saved. But this has not stopped the outpouring of grief from across the globe.

Thousands of people gathered in the streets around the cathedral, observing the flames in silence. Some could be seen openly weeping. Social media exploded with posts about how the cathedral and the artworks it contained were valuable to people all over the world.

President Emmanuel Macron was joined by businessmen in pledging to fund its refurbishment, and €600m (£520m) was raised in just one day.

But this simply highlights how preventable this disaster was.

Notre Dame has long been due for refurbishment, and last underwent major repairs over 150 years ago, only when Victor Hugo’s novel The Hunchback of Notre Dame brought the decay of the cathedral to the public’s attention.

Hundreds of stones have been falling off it, prompting the decision to begin renovation work to ensure the integrity of the structure. The estimated costs were quoted at over €160m. The French government promised to cover €44m of this over 10 years, leaving a €116m black hole still to fill.

Leading figures at the cathedral had been canvassing potential American donors to make up the rest of the money, while the Catholic Church has come under pressure to contribute. But again, this shines a light on a funding model that is unsustainable.

Why does it take a tragedy of this scale to wake people up to the value of architecture and art? We should be proactive in preserving our iconic monuments, not reactive.

Macron recently led a debate on the key topics that he must address in France, and not a single question included culture or the arts. This problem is not unique to France – London councils have seen their cultural funding halved in recent years.

Contemporary research into funding finds that cities tend to focus on infrastructure and technology. A spokesperson from the urban consultancy Umbrellium recently said that “these two things make a city bearable, but they don’t make a city valuable”.

The culture of a city gives it a story and identity and is essential in determining its success. If Europe’s most visited monument can’t secure funding until it is set ablaze, how much more architecture and art is at risk?

Read more: Proceeds from Sotheby's wine sale to be donated to Notre Dame

In a society of speed, the Notre Dame fire has reminded us of the importance of history and culture. The emphasis is now on governments and businesses to find sustainable solutions to funding our cultural landmarks. And if not them, why not us?

The reactions across social media show how much people value culture. If every one of those Instagram posts from art lovers could be monetised, Notre Dame would have all the funding it needs.