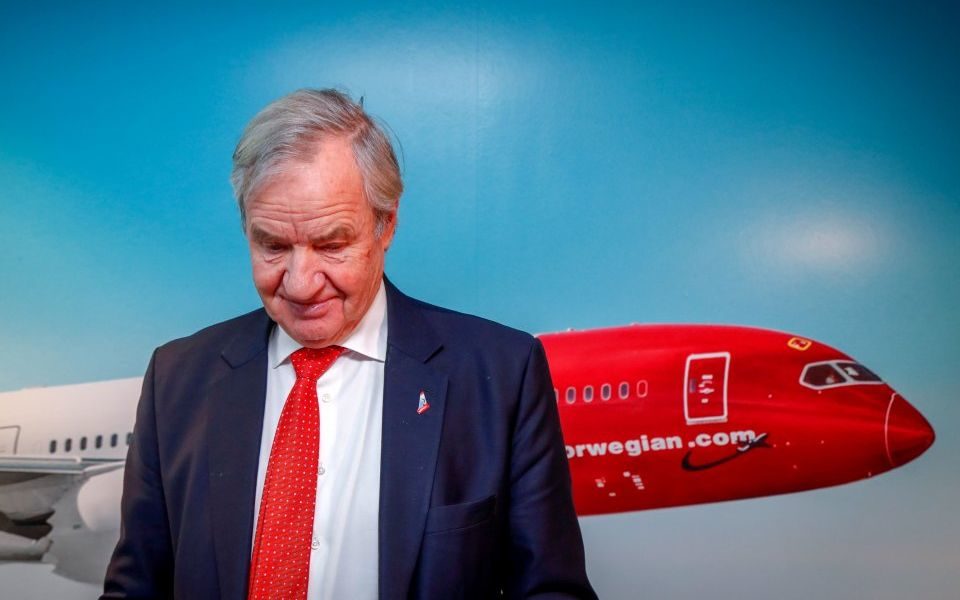 Chairman Niels Smedegaard this morning hailed Kjos, 72, as “one of the most influential European entrepreneurs of our time”. He will continue at the firm, which he helped found in 1993, as an adviser to Smedegaard.

“I am very pleased Bjorn will remain at the company as an advisor to the board and the chair. As Norwegian moves from growth to profitability, it will be an advantage for the company to benefit from Bjorn’s extensive network, in-depth knowledge of and experience with global aviation.

“We have already started the process of recruiting a permanent new CEO”, said Smedegaard.

Kjos has led Norwegian through a difficult first half of 2019. In March, it completed a 3bn kroner (£280m) rights issue to bolster its balance sheet.

It said the grounding of Boeing’s 737 Max model jet will take a 700m kroner chunk out of its full-year earnings.

The firm operated 18 of the jets until March, when it was grounded worldwide after repeated crashes raised safety concerns.

Norwegian said net profit for the first six months of the year was 82.8m kroner. This is down from 300m kroner this time last year. Operating profit for the second quarter, however, was at a record high of 2.3bn kroner.

Almost 10m passengers flew with Norwegian in the second quarter, a figure which has remained roughly flat year-on-year.

“Leaving the exciting future tasks to a new CEO and taking on a new challenge as an advisor, is a set-up I am very happy with.

“I look forward to spending more time working on specific strategic projects that are crucial to the future success of Norwegian.”