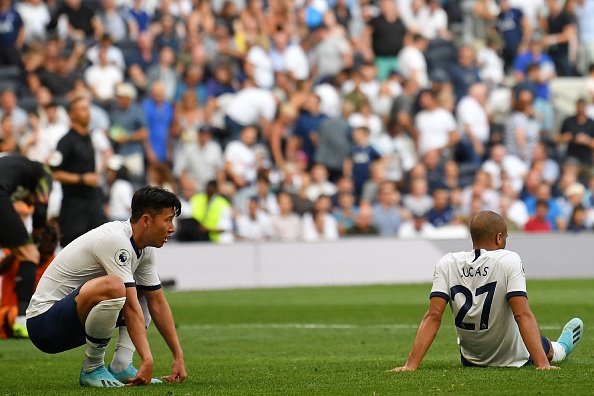 Last week ended in defeat for both Tottenham and Arsenal, placing perhaps more significance on this weekend’s north London derby than there would have otherwise been – if that was possible.

Both sides endured their first loss of the season, although Arsenal’s came away to European champions Liverpool while Tottenham suffered a shock reverse at home to a much-derided Newcastle side.

It leaves the pair separated by two points after three Premier League games, and even at this early stage the outcome of Sunday’s derby could have big ramifications for the rest of the season.

A Tottenham win would see them move back above the Gunners as they have been for several campaigns and make amends for a shaky start, while defeat would leave them five points adrift and put Arsenal in charge of the apparent four-horse race for two positions in the top four.

However, there are reasons for concern at Spurs with the sub-par performances seen so far in the Premier League dating back beyond the start of the new season to the beginning of 2019.

In an abysmal run that began with a 2-1 defeat at Burnley in February they have won just four of their last 15 league matches.

There have been eight defeats and three draws, including the smash and grab aided by a late VAR call at Manchester City two weekends ago – the only point they have claimed away from home in that spell.

The last time Spurs won a league game on the road was a 2-1 victory against relegation-bound Fulham at Craven Cottage on 20 January.

It does not bode well ahead of a trip to Emirates Stadium this weekend, but the nature of a derby as fierce as this one is that for tends to have little bearing on the outcome.

Tottenham have won away to Borussia Dortmund and Ajax amid that spell, but perhaps their run to the Champions League final and limp over the line to finish in the top four have masked underlying issues.

Mauricio Pochettino has on occasion cut a discontented figure on the touchline and in press conferences, more than once saying he has considered walking away from the team he has built.

He made no secret of his disappointment at his role – or lack of – during the transfer window although Spurs did sign his fellow Argentine Giovani Lo Celso, a reported target of Pochettino’s.

But with the transfer window closed for Premier League clubs, there remains an elephant in the dressing room: lingering uncertainty over Christian Eriksen’s future.

He has as a result been bench-bound for two of three matches this season before being brought on in a bid to save the day, which worked against Aston Villa but not Newcastle.

The non-selection of Jan Vertonghen has also added to a sense of instability, with the Belgian, like fellow centre-back Toby Alderweireld and Eriksen, entering the final year of his contract.

The absence of key personnel has resurrected squad depth issues, although Spurs did sign Tanguy Ndombele for a club-record £54m to replace Mousa Dembele, whose departure coincided with Spurs’ poor run.

Serge Aurier could also leave before the European transfer window closes on Monday and, having already sold fellow right-back Kieran Trippier and promoted Kyle Walker-Peters, Spurs appear to have relinquished another established route of creativity in the team.

The return of Dele Alli this weekend will provide Spurs a much-needed lift in the attacking third, and they can also take solace in securing a 2-0 win on their last visit to their neighbours during the Carabao Cup last year – a game in which Alli scored and was also hit on the head by a plastic bottle thrown from the crowd.

Read more: How the Tottenham Hotspur Stadium was designed and the future of grounds

However, Tottenham have not won away to Arsenal in the Premier League since 2010, losing five and drawing three since.

This weekend would be an opportune time to end that run and kick-start their season, but just how deep Tottenham’s current problems run will only be known over the course of the coming months.