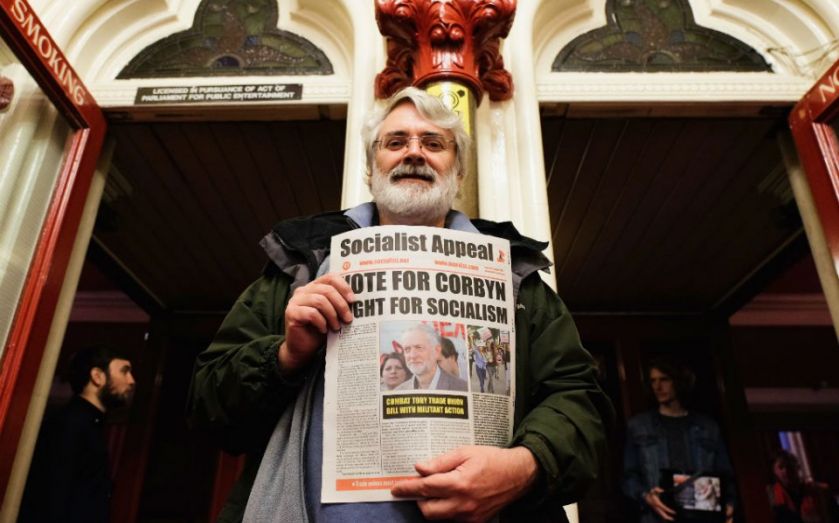 "Jeremy Corbyn wins economists’ backing for radical plan” thundered the Observer’s front page on Sunday. As I meandered around the supermarket, I did a double-take. Would distinguished economists really back printing money to fund government investment, rent controls, widespread renationalisation (in some cases without compensation), a “maximum wage”, huge tax hikes and greater powers for Trade Unions?
Read more: David Blanchflower – "Austerity is simply bad economics"
Surely not. I soon realised the newspaper was reporting a letter written by economists published in the Observer itself. Forty left-leaning economists can easily be rustled up to express support for a left-wing agenda in a left-wing newspaper with left-wing readers: hardly “Nixon goes to China” stuff. I should know – I’ve signed letters calling for lower taxes in more free-market rags. Readers discount views according to the source, so perhaps this wasn’t an interesting story after all.
Yet other news outlets, from Sky News to the Independent to the Times, repeated the story. Some used the term “leading economists” to describe the signatories. Had economists I’ve read and learnt from had damascene conversions to the Corbyn cause?
Two things struck me when I read the letter. First, contrary to the impression given by the Observer, it did not endorse Jeremy Corbyn’s broad policy platform. There was no call for publicly-owned railways or 70 per cent income tax rates on high earners. No, this was a wail about “austerity” – government spending cuts. One gets the impression that these guys have never seen an economic “stimulus” they disliked. For the most prominent signatory, former Bank of England ratesetter Danny Blanchflower, this is pretty accurate. Many others have also been calling for higher government spending since the 1970s.
While we can debate the details and timing of the government’s attempts to reduce the deficit, however, the mainstream position is now far away from that of the signatories. In 2011, when the economy was flatlining and interest rates looked stuck at the zero lower bound, heavyweights lined up to argue about whether further borrowing was necessary and desirable. Now, with reasonable growth and interest rates more likely to rise, that ship has sailed. Big-beast critics of the last government’s macro policy, like Jonathan Portes, now suggest deficit reduction over the next five years is appropriate. Even Paul Krugman implies the case for fiscal stimulus to try to boost growth is weak.
Second, this was not a group of “leading economists” by any stretch of the imagination. Nor am I, of course, but it’s reasonable to note that none of the signatories is currently employed at Russell Group universities. Some aren’t even trained in economics, and others are retired left-wing activists. For several, the only hit that comes up when googling their name is this letter. One, John Weeks, is someone I debated with recently. He concluded his speech by declaring that capitalism leads to fascism. Even recognisable names, such as Mariana Mazzucato and Steve Keen, are usually introduced as “heterodox”– i.e. at variance with established opinion.
So the idea this letter represents mainstream economics must be challenged. When Sky is reporting it without an alternative viewpoint, it can mislead the public. But this also shows something interesting about the political left. People across the political spectrum like to appeal to the authority of “experts” to improve credibility. But for the left, this is crucial. Unlike supporters of markets, left-wing interventionists believe experts can direct economic activity for us. Building up the idea that “experts” support these interventions and believe they work is therefore of critical importance to obtaining public acceptance.
Unfortunately for Corbyn, this collection of names neither endorses his programme nor represents a significant or meaningful strand of economic opinion, despite the Observer splash.