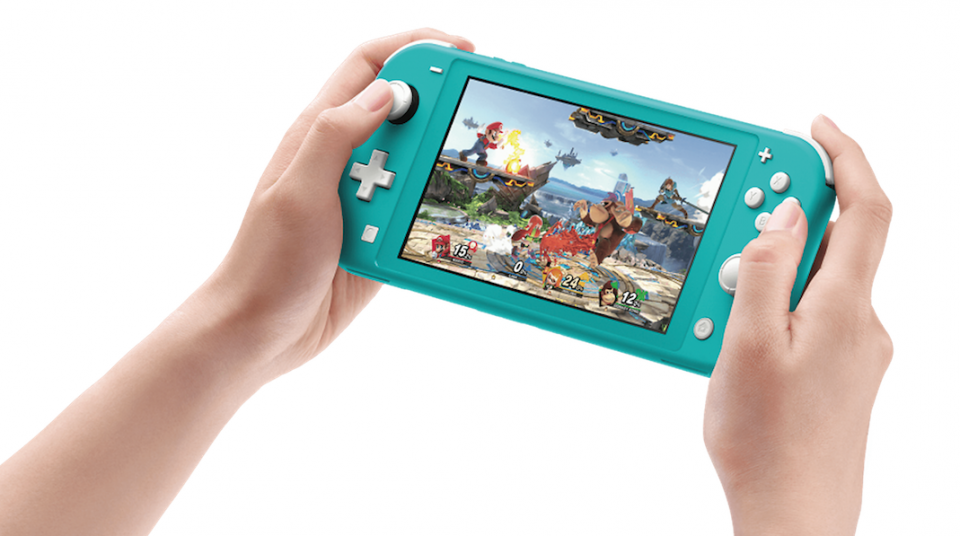 Nintendo has a reputation for updating its consoles mid-generation, not long after launching them, to the extent that it’s become a little risky to be an early adopter. Why spend a few hundred pounds on a device that will be refined into something neater in 12 months, as the Nintendo DS was with the DSi, and the 3DS was with the New 3DS?

With the Nintendo Switch Lite however, the deal is a little less clear cut. This is not an improved version of 2017’s Nintendo Switch console, but a trimmed-down one repitched as a pure handheld rather than a home console hybrid.

The Switch Lite weighs less than its predecessor and is a few crucial centimetres smaller, fitting much more neatly in one hand. The left and right joy-cons are no longer detachable, as it now comes in a way sturdier all-in-one package, which travels in a backpack more easily. It feels nicer, more rugged and less susceptible to damage than the old Switch with its detachable bits.

Read more: Samsung Galaxy Note 10+ review – The best stylus-driven phone you can shake a stick at

You can no longer switch between playing on the handheld and playing on the television, which was the Nintendo Switch’s main marketing point. It is, after all, right there in the name. This makes it incompatible with certain titles, especially early Nintendo releases that sought to emphasise how swapping between the big screen and the little screen could allow for unique styles of play (Super Mario Party for example) but the vast majority of existing and future games will still run normally on the Lite.

Stripping out almost every feature that made the Nintendo Switch so wonderfully strange, and so very Nintendo, may seem like a compromise, but the result is a handheld device with a much clearer focus about what it wants to be and who it’s for.

This is a Nintendo Switch for Xbox and PlayStation fans who looked at the original Switch’s weird teeny controllers and wacky kickstand and responded with a shrug. But those who still want that weird Nintendo magic should keep their original.