Night of The Kings is an inventive, hard-hitting prison drama 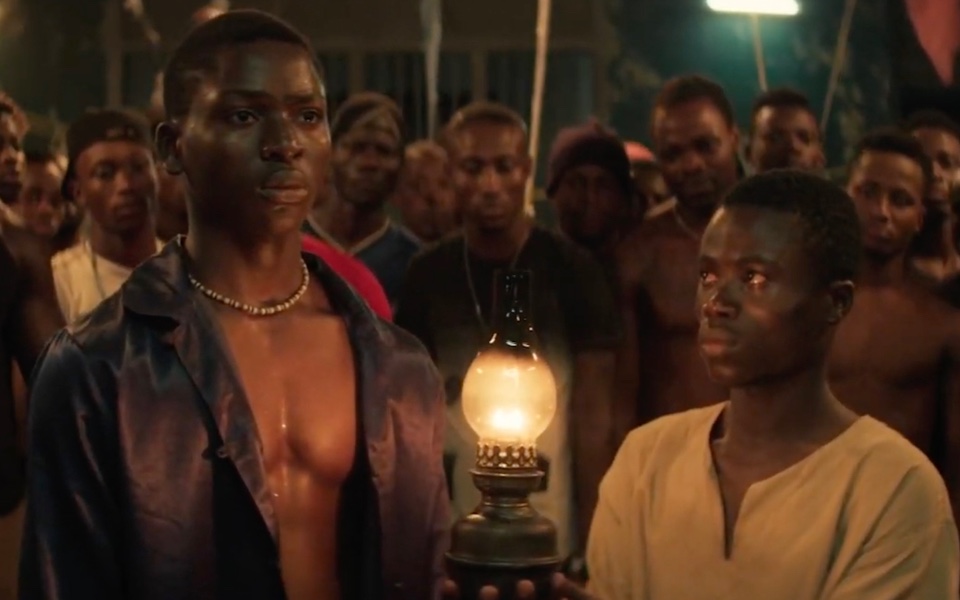 The prison movie is an inexhaustible inspiration for filmmakers. Just when you think you’ve seen every permutation, a film comes along and shows you something different.

Ivorian filmmaker Philippe Lacôte (2014’s Run) goes into the heart of an infamous location for his new story, Night of The Kings. We find ourselves The Ivory Coast’s notorious MACA prison, in an area entirely controlled by inmates who have their own hierarchy and traditions. It is run by a Dangôro, or inmate king, who must rule until ill health obligates him to commit suicide and make way for a successor. The current Dangôro, Blackbeard (Steve Tientcheu), is critically ill and sees the ambitious Lass (Abdoul Karim Konaté) keen to push him from his throne.

To distract the populous from his condition, he chooses unsuspecting new inmate (Bakary Koné) to be Roman, a ‘Griot’ or storyteller, to tell the population stories on the night of the red moon. With political tensions rising and a crowd baying for blood, the young man must find a way to keep the crowd entertained, and keep the story going.

Lacôte creates a film that is in the moment. We don’t know the new Roman’s name, or the backstory of too many of the cast, all that matters is the next story, the next reaction, or the next murder. You can feel the heat and anger radiate from the screen, with echoes of both survival horror and folk fairy tales. We flash back and forth from where Roman is to the time he is talking about, with reactions arriving through dance and expression from the crowd. Lacôte weaves African culture and history into his plot, making the celebrants and the night itself seem timeless. In telling a story to save his life, Roman tells the story of all their lives.

Characters in this world are there to enhance the tone rather than develop in their own right, but are nonetheless effective. Denis Lavant (Holy Motors), one of the few recognisable faces in a cast of largely first-time actors, feels Shakespearean as Silence, the eccentric elder prisoner with a bird on his shoulder. Tientcheu, who you may recognise from 2019’s Les Misérables, is fascinating as he rages against the dying of the light. Newcomer Koné is terrific, working with the frenetic cinematography to create a character who is developing into his role as the night goes on.

Almost mythical in its telling, Night of The Kings feels unlike anything in cinemas at the moment. Sidestepping the conventions of modern cinema, it’s a tense 90s minutes that throws you out at the end, taken aback by what you’ve just witnessed.

Night of The Kings is in cinemas and on demand from 23rd July.