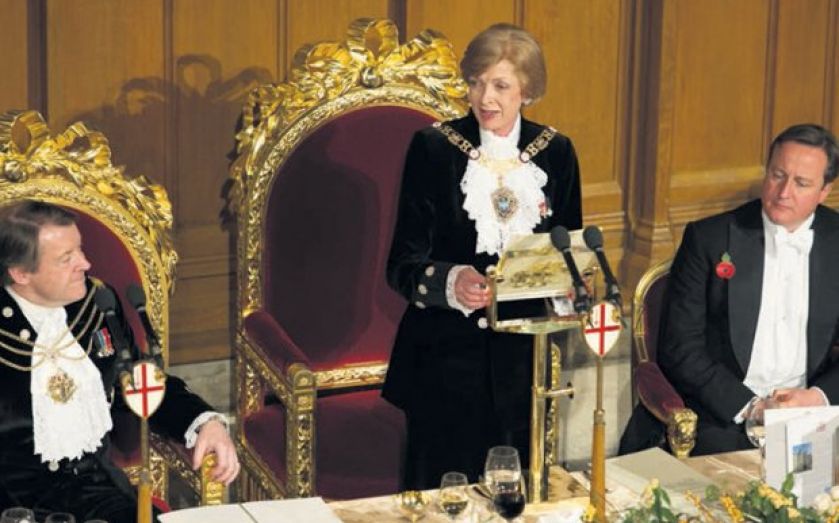 NEW LORD Mayor of London Fiona Woolf last night made her case for more diversity and inclusion in business as she became only the second woman to take up the post.

“There has always been a moral case for diversity and inclusion. But there is also a business case – and now it is a business imperative,” she said at the Lord Mayor’s Banquet.

Speaking to a700-strong audience, including David Cameron, she joked about being the Lord Mayor who doesn’t just wear tights on special occasions.

But on a more serious note she added: “Women hold six per cent of executive committee and board positions. Six per cent.”

“The City will lose out if it does not capture the benefits of diversity – fresh perspectives, originality, innovation.”