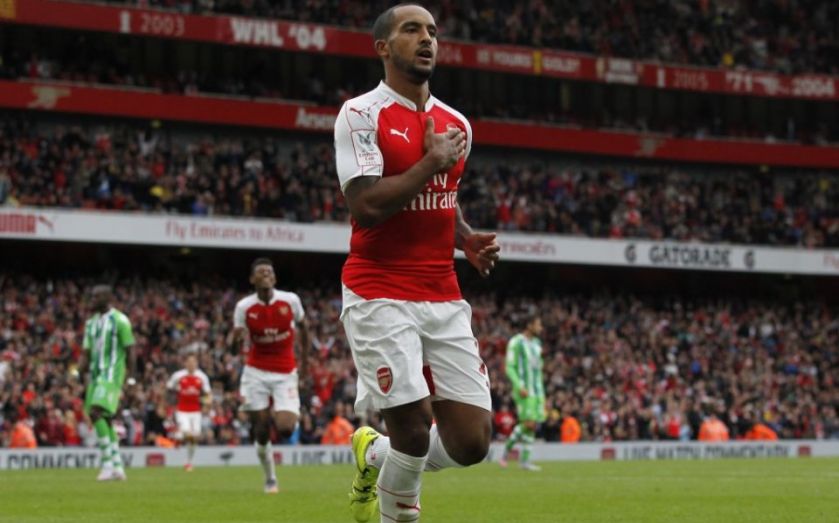 Theo Walcott's salary will match Arsenal teammates Alexis Sanchez and Mesut Ozil, after he signed a new four-year contract worth around £30m.

Read more: Arsenal 2014/2015 player stats – how does Theo Walcott compare against the rest of the Arsenal squad?

The Gunners have given the England international an estimated £140,000 a week (£7.3m a year) deal, keeping him at the club until he turns 30 and bringing his pay packet into line with its biggest earners, Sanchez and Ozil.

Walcott has not always commanded an automatic starting berth for Arsenal, yet this latest show of faith suggests manager Arsene Wenger sees him as an important first team asset.

Wenger, who also handed a new deal to playmaker Santi Cazorla said: "We're delighted to have extended the contracts of Santi and Theo. Both are top quality players who are hugely important and influential to our squad."

A comparatively tight grip on wage spending means rivals Manchester United, Manchester City and Chelsea all have bigger earners in their ranks than Arsenal.

Together, Walcott, Ozil and Sanchez are the joint seventh best-paid players in the Premier League, behind three Chelsea, three City and two United players – although Angel di Maria's £14.6m a year salary could soon be Paris Saint-Germain's concern if reports are to be believed.

According to the most recently available data from the 2013/14 season, Arsenal have the Premier League's fourth largest wage bill at £166.4m however that figure does not include deals handed to Sanchez, Walcott or the £100,000 given to Petr Cech.

Arsenal's growing turnover and strong cash reserves have freed up Wenger to spend more on transfer fees and wages. Operating costs at the club increased by £13m to £126.2m in the six months ended to 30 November 2014, which chairman Sir Chips Keswick was partly down to increased wage costs.