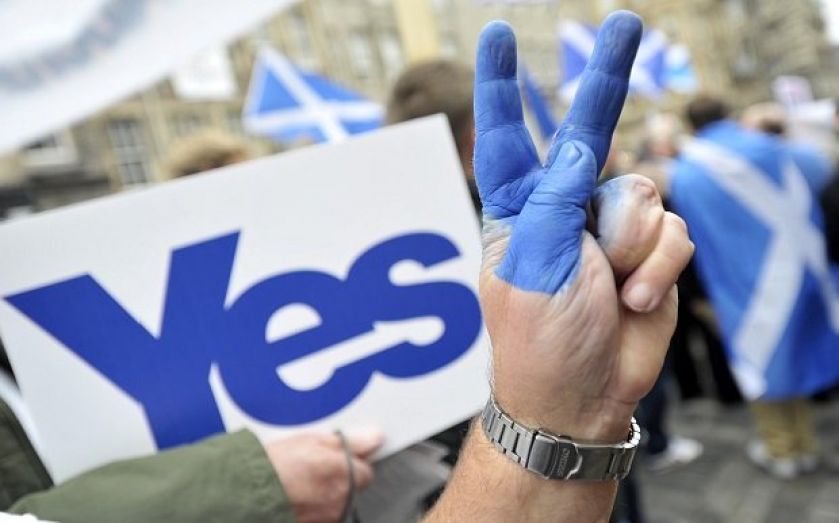 Above almost everything else, human nature craves clarity. Global risk analysts must fight against this entirely understandable need every day, if we are to fulfil conservative theorist Edmund Burke’s moral admonition to see the messy world as it is, rather than as we would like it to be. But this analytical flaw of wishful thinking is obscuring the likely result of the two most important issues that will determine the UK’s future place in the world: the coming referendum on Scottish independence, and the possible referendum on Britain leaving the EU.

A convincing answer to these seminal political questions would do nothing less than determine the structural position of the UK – both within and without – for the next generation. Yet almost everyone has – without too much thought – tacitly accepted that big, definitive answers are within reach: either Scotland will be part of the UK or it will not be; either the UK will remain within the EU or it will leave. In other words, out of our current confusion, blessed clarity will descend regarding the UK’s place in the world.

I doubt it. A simple reading of the likely outcomes makes it highly probable that such clarity will be elusive. Instead, sadly, look for the UK to be a victim of “Neverendum”, with neither question likely to be definitively answered over the medium term. It is the worst possible result – with the UK tied in existential knots for years ahead.

Until very recently, the Scottish vote seemed a forgone conclusion. Despite running a decidedly lacklustre campaign, the No vote seemed headed for a comfortable victory. Then came two shock YouGov polls, the latest this weekend, which showed that a 22 point No lead had disappeared in less than a month. At last, alarm bells have gone off, as it has become a real possibility that Scotland – despite most constitutional, economic, and political evidence to the contrary – might vote with its heart and not its head, and leave the UK after all.

Given the lack of time left and last minute hesitations in the voting booth (which almost always break for the status quo), a No vote is still the most likely outcome. However, it is equally likely that the vote will not prove to be definitive. The far more energised Yes campaign will rightly be feeling that, if the referendum had been held just weeks later, they would have carried the day. In its boisterous grassroots energy, the Yes campaign is well on its way to becoming a movement, and not just a one-off event. A near-defeat will likely doom the Scottish question to be what Quebec was for Canada for over a generation, a huge unsolved distraction from almost everything else; in other words “Neverendum”.

Likewise, the endless jesuitical theorising about what David Cameron can truly get the other European leaders to concede in the coming negotiations on Britain’s place in the EU, and how the Prime Minister might carry the day with the nation at large, depend on one highly dubious assumption: that he wins the general election and remains Prime Minister. But the numbers simply do not bear that comforting assumption out. And Ed Milband has been crystal clear: he does not trust the electorate enough to ever let them vote in an In-Out referendum on the UK’s future in the EU.

Yes, I know Miliband is about as popular with the British public as Charles Manson; yet in a parliamentary system that matters far less than in a presidential one. Yes, I know the economy is coming right; yet without a significant bump in wage growth, there remains little for the average voter to feel good enough about to definitively back the Tories. Throw in the wildly unjust constituency boundary demarcations, and the continued rise of Ukip – which needs to retain only roughly half its current 15 per cent support to do the Tories down – and you have Labour back in power. As the polls have shown for months, this remains the most likely outcome in May 2015, ending the dream of a referendum over the UK’s place in Europe well into the medium term.

While neither issue will go away, this cloudy result means the political context of the next few years will be a UK grappling about in the dark, looking for answers to existential political questions that never seem to come; “Neverendum”, indeed.