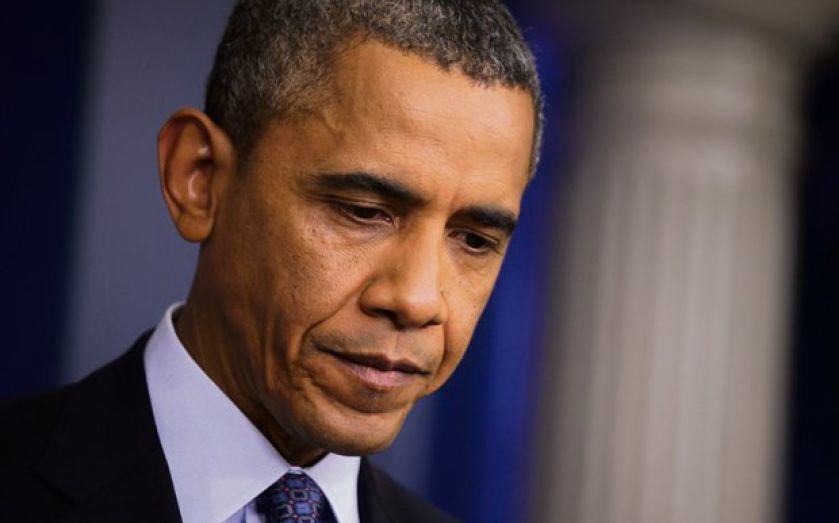 REPUBLICANS and President Obama were locked in talks last night in a bid to secure a deal to push back a looming US debt ceiling and the potentially disastrous consequences of defaulting on its debt payments.

“After a discussion about potential paths forward, no specific determination was made,” the White House said following a meeting between Obama and the Republican leadership. “The president looks forward to making continued progress with members on both sides of the aisle,” it added.

Yesterday’s offer from the Republican party was for a six-week increase of the debt limit past the current debt ceiling on 17 October, the appointment of budget negotiators and to begin talks to reopen the government.

Republican House speaker John Boehner said: “What we want to do is to offer the president today the ability to move a temporary increase in the debt ceiling in agreement to go to conference on the budget for his willingness to sit down and discuss with us a way forward to reopen the government.”

News of the Republican offer drove US stock indexes to stage their strongest rally for nine months yesterday.  The Dow Jones Industrial Average and the S&P 500 both rose 2.18 per cent after the signs of progress in negotiations to temporarily raise the debt ceiling. Last night however fears negotiations would not result in a deal took the shine off markets.

US stock index futures fell as much as 0.5 per cent, trimming some of yesterday’s two per cent rise.