Elon Musk’s mischievous games with cryptocurrency had another massive market impact this afternoon after the Tesla chief repeated his endorsement of Dogecoin.

In the wake of a simple, one-line tweet announcing he had just purchased a quantity of the altcoin for his nine-month-old son ‘X Æ A-12’, the colourful entrepreneur sent the value of the seven-year-old coin spiking to $0.083 before settling around $0.074 within the hour. 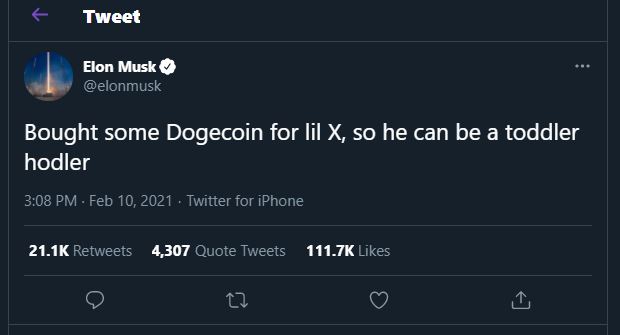 More interestingly, and of concern to cryptocurrency traders, was the curious effect his announcement had on the wider market – particularly Bitcoin, which had already started moving downwards from almost $47,000 before tumbling towards $44,000 soon after the tweet.

Only days earlier, the South African SpaceX mastermind had strapped a rocket to the value of BTC after confirming Tesla had invested $1.5bn (£1.1bn) into Bitcoin and were looking at accepting the original cryptocurrency as payment.

Prior to that, Musk was joined by rapper Snoop Dogg and ageing rocker Gene Simmons as they gave Doge the thumbs up last week in a series of seemingly-orchestrated tweets about the project which was launched as a tongue-in-cheek rival to Bitcoin in 2013. 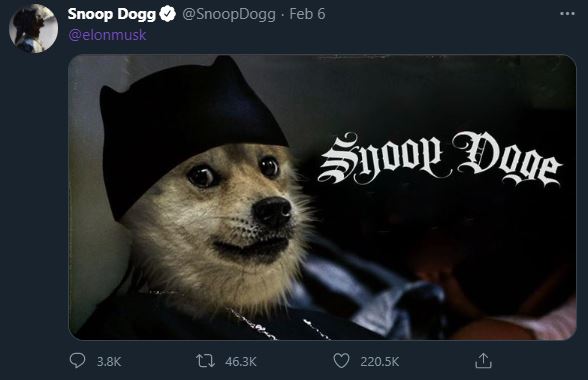 While the celebrity endorsements and dramatic market moves have been embraced by many day traders and crypto enthusiasts, Musk’s impish games are being frowned upon by hardened financial figureheads who have branded the tweets as ‘disconcerting’.

“Unfortunately, a lot of retail punters are going to lose money on Dogecoin in the long term because there’s really not much there in terms of interesting technology,” he told CNBC.

“The only thing it can really do is be zombified and stick around and be an empty shell for people’s expectations and for their entertainment.”

His damning assessment was echoed by Mike Novogratz – one of Bitcoin’s earliest investors, and CEO of Galaxy Digital.

“It was funny for a little bit but now it’s at a market valuation where people are going to lose lots of money in Doge.

DON’T MISS: Industry voices – “This is just the start of the crypto revolution”