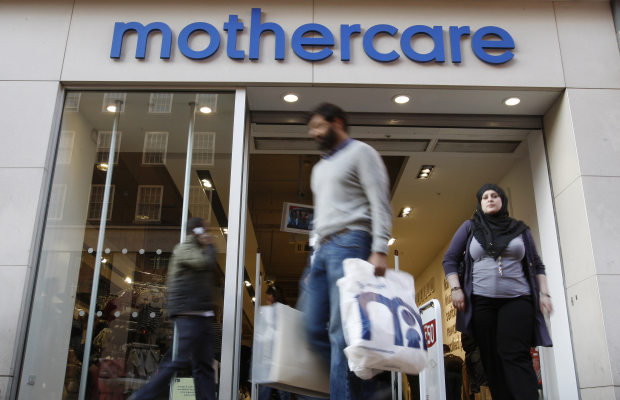 Toddler chain Mothercare has seen its share rise this morning to as much as 474.25p (from a previous close of 466.5p) as news of the Duchess of Cambridge entering labour has broken.

The company, which has produced a line of prince and princess themed products, is expected to benefit from a boom in baby interest. Shares have now settled to just 0.76 per cent above their previous close.

Mothercare posted results last week, that saw like-for-like sales fall 0.9 per cent in the year to the first quarter, a smaller fall than expected by analysts.

It’s hard to gauge what sort of increase we’ll have. I think there’ll be a feel-good factor and who knows – in nine months time there may even be a tick-up in the birth rate.