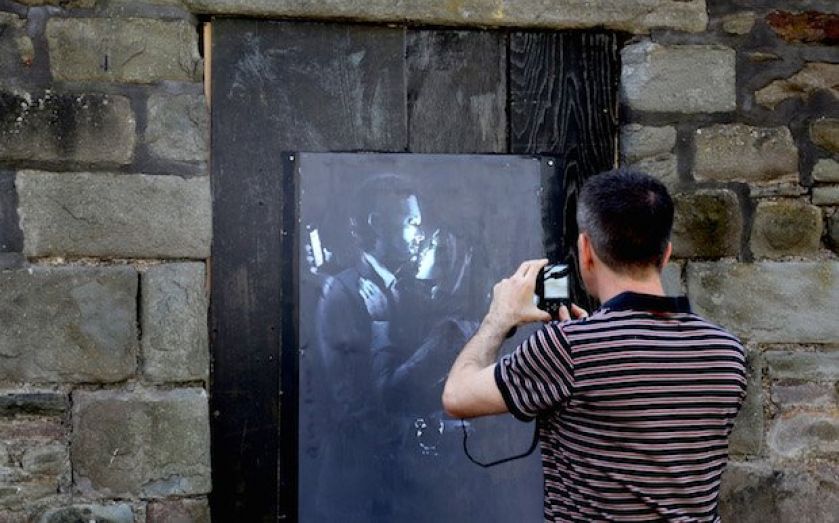 It looks like attitudes towards graffiti are changing: most Brits think it's art, and Londoner’s like it the most.

Two thirds of the British public now think graffiti can be considered art, according to a new YouGov poll. Only 34 per cent answered 'yes' to “all graffiti is vandalism”. Most people think it’s 'acceptable', with young people more accommodative, on the whole.

Here in the capital, home to many original Banksy pieces and other well-known graffiti, we’re pretty evenly split on whether or not we like it, if we have an opinion: just 23 per cent are definite they do and 28 per cent say they don’t. Elsewhere in the country, graffiti’s still pretty unpopular, with those answering ‘dislike’ always outnumbering ‘like’ by at least two to one.

Arguments about the ownership and permanence of graffiti have been rumbling on for years. Earlier this month, a piece by Banksy, graffitied onto a piece of plywood in Bristol, was removed by Riverside Youth Project, situated next to the work, to protect it from harm.

Mobile Lovers is now in their keeping, and they plan to auction it and raise money for their cause, asking for a donation for viewing in the meantime. Despite receiving death threats, project leader Dennis Stinchcombe believes Banksy made an implicit decision to help them, via his choice of location and authentication of the work on his website.

The pseudonymous Banksy’s known for deriding the removal of his art for auction for private gain; it’s a difficult area, considering that public place doesn’t usually mean public property. While some councils have moved to protect work, others have invoked the traditional view of graffiti as vandalism, and therefore criminal. Previous incidents have shown that, without Banksy's authentication, work thought to be his immediately becomes worthless.

The Guardian's Jonathan Jones has called Banksy’s new mural near GCHQ a “stunt” and “nothing to do with art”, emphasising the importance of layers of meaning necessary to qualify art. That’s fair enough, but we now live in a world where reaction can be as important as contemplation. We give a lot of weight to sensation – we're constantly stimulated, and always interacting with something – harking back to ideas put forward by Edmund Burke, even Aristotle.

Meaningful discussion on art can’t stretch into the normative; everyone’s got their own view, and the ability of graffiti to express popularly-held sentiment evidently resonates. What we can say is that the lines between definitions continue to blur, and people are becoming more accepting of newer forms of expression, whether or not they like them.