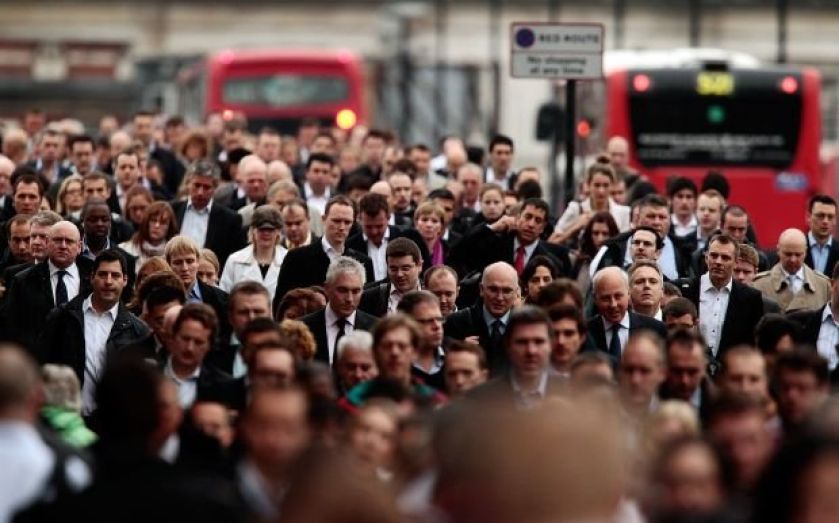 The UK labour market continues its recovery, with today's figures showing the unemployment rate is the lowest it has been since late 2008.

As today's figures from the Office of National Statistics show, the employment rate continued to surge, reaching 73.1 per cent for the three months to May. This is slightly higher than the pre-downturn peak of 73 per cent in late 2007 and equals the highest level since records began in 1971.

That means that in the three months to May there were 30.7m people aged from 16 to 64 in work, almost one million more than a year earlier, as the economy added 254,000 people compared to the previous three month period from December 2013 to February 2014.

The unemployment rate dipped to 6.5 per cent, its lowest level for more than five years.

That means that employment continues to rise above the pre-crisis peak, as the chart below shows.The really positive news from today's unemployment data is that judging by the single month estimates, unemployment will plunge even further in the next period. The jobless rate for April was 6.4 per cent, while May saw the rate drop even further to 6.2 per cent. It should be taken into account however that the monthly figure is volatile and often prone to revision, however the trend is encouraging.

But despite the rising employment levels and the downward trending unemployment rate, higher earnings are yet to materialise. Data released today showed that total earnings growth slowed to a measly 0.3 per cent in the three months to May.

Excluding bonuses the figure rose to 0.7 per cent, the slowest rate since the statistics agency started measuring it in 2001, "reflecting low pay growth across a wide range of industrial sectors". With May's inflation at 1.5 per cent, households are still feeling a squeeze in their purchasing power.