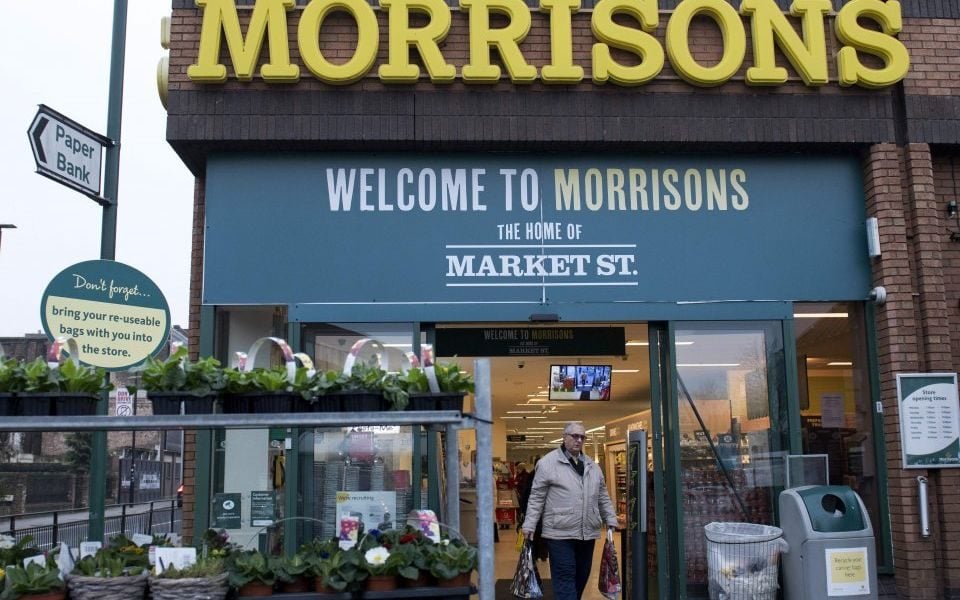 Investors will be hoping Morrisons can replicate recently-improved trading results from its supermarket rivals later this week when it looks set to extend a long spell of like-for-like sales growth.

Following a largely better-than-expected financial performance from both Sainsbury’s and Tesco in recent weeks, the City is now turning its gaze to Morrisons, the UK’s fourth largest supermarket chain, which is set to report first-quarter results on Thursday.

Analysts at Barclays are forecasting total like-for-like growth of 3.1 per cent during the quarter, compared with 3.8 per cent in the previous three months.

The Bradford-based chain, which has been battling to protect market share against German discounters Aldi and Lidl in recent years, has seen its share price tumble from 247p to 215p over the course of the last year.

However, the group handed investors their third special dividend in 12 months two months ago in a sign of its turnaround success under boss David Potts.

"Morrison’s market share continues to fall with recent industry figures showing it currently standing at 10.3 per cent. There is unlikely to be anything dramatic in its first quarter numbers, with investors hoping that the milder weather so far this to have helped sales especially when compared to last year and the 'Beast from the East'," according to analysts at The Share Centre.

Russ Mould, investment director at AJ Bell, added: "Morrison has grown its sales on a like-for-like basis, excluding fuel and VAT, for the last 13 quarters and it will be looking to extend that record, with the fourth-quarter’s 3.8 per cent rate of increase and last year’s overall increase of 4.8 per cent the likely benchmarks.

"Both Sainsbury and Tesco have pleased with their full-year results and now analysts’ attentions will turn to Morrisons first-quarter update, after its perfectly solid 2018 showing…Analysts will also look towards like-for-like growth in transactions (up 0.7 per cent year-on-year in 2018) and items per basket (down 0.9 per cent), although both of those figures exclude Morrisons.com, which is using the services of Ocado’s customer fulfilment centres (CFCs)."