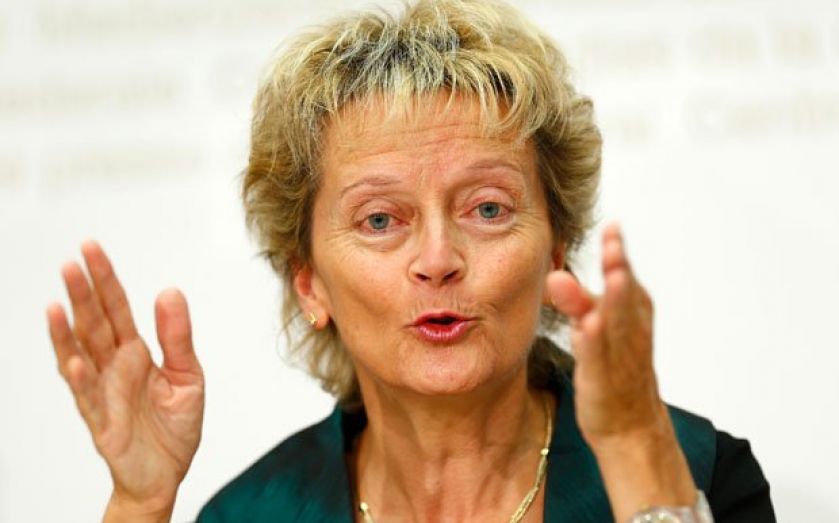 SWISS banks should be subject to higher leverage ratio requirements, Swiss finance minister Eveline Widmer-Schlumpf was quoted as saying yesterday, in a move that could have big implications for UBS and Credit Suisse, still two of the City’s biggest investment banks.

“We need to think about whether we need to further enhance the capital base,” the Schweiz am Sonntag newspaper quoted her as saying.

She said a ratio of six to 10 per cent was under discussion. That is two or three times the required ratio set out by the global Basel III accord, which is being phased in by 2019. Under Basel III, banks will be subject to a leverage ratio requiring them to hold capital equivalent to at least three per cent of their total non risk-weighted assets.

Authorities have been grappling since the collapse of US investment bank Lehman Brothers five years ago with the question of how banks regarded as systemically important, or too-big-to-fail, can be recapitalised without causing panic or needing taxpayer cash.

She added that the change would automatically mean that the banks need to consider whether they retained investment banking or placed more emphasis on asset management.