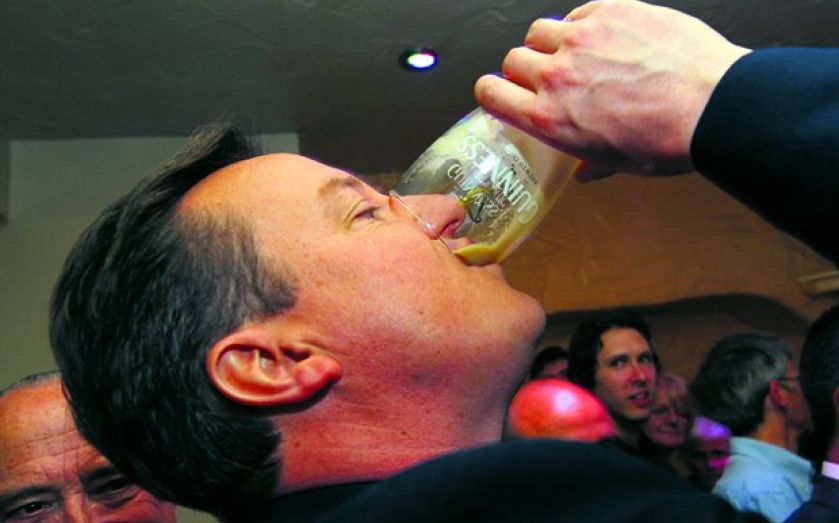 HARD-LIVING Britons will be able to keep buying cheap booze and smoking branded cigarettes after the government dropped plans to rein in such indulgences.

Proposals to introduce a 45p minimum price for each unit of alcohol – which would introduce a £4 base price for a bottle of wine – were pushed forward at the end of last year. But David Cameron said he would instead ban retailers from selling alcohol for less than the combined cost of the VAT and duty.

Separately, the government also said it had decided not to introduce plain packaging for cigarette packets in an attempt to dissuade children becoming smokers. Both announcements reflect Downing Street’s decision to drop policies that could up the cost of living.