It was the week which began with the transformation of the Labour leader into an idol (stop cringing at the back, please) and ended with HSBC threatening to leave these fair shores (again)….

Here’s what got us talking this week

The election campaign trudges on wearily, with a little under two weeks until the big day. There was a little light relief this week, when the Milifan club went head-to-head with the Cameronettes. Then Grant Shapps was alleged to have edited his rivals’ Wikipedia pages to make them look worse. Busted.
Still: we’ve tried to make it interesting. We’ve got a detailed look at how each party wants to solve the housing crisis here – plus, we’ve ranked all UK’s MPs by how good they are on social media.

Tesco’s first quarter this week were worse than most analysts had feared – but in the event, it seems shareholders had been expecting something along those lines, because the supermarket’s share price spend the day yo-yoing (and here’s why it did).
Never one to overstate things, new chief exec Dave Lewis said he was “not happy at all” with the massive loss it posted. Check out his sad face here.

3. The Hound of Hounslow

Depending on who you listen to, he’s either an international criminal mastermind who caused the Nasdaq’s biggest-ever one-day drop or a quiet bloke from West London who was in the wrong place at the wrong time (that's what his former employer reckons, anyway). Either way, day trader Navinder Singh Sarao is in a lot of trouble.
Until this week, most of us had forgotten about the flash crash of 2010 – here’s an explanation of how it happened – and here’s how much the whistleblower who informed on him stands to make.

4. The Apple watch has landed

The hallowed day has arrived: the Apple Watch has hit the shops. Or the postboxes. Or whatever it's supposed to have done. While many are hanging back to see whether it makes an impact, app developers have already been hard at work – even though they haven’t had a prototype to work with. Check out our rundown of the best apps so far.

At £1.7bn, the fine handed out to Deutsche Bank by US and UK regulators was the largest ever in the rate-fixing scandal (and a huge amount more than the €1.5bn – about £1bn – it set aside for the penalty). As has become the tradition in these sorts of cases, the regulator published some of the “banter” that took place between rate-fixing traders. Warning: you’re going to cringe.
Meanwhile, HSBC has had enough of this regulatory huffing and puffing: it announced it’s investigating whether or not to head off into the sunset. Admittedly, it’s made this threat a few times before – but here are five charts that show why it might actually mean it this time.

It’s London Marathon weekend, which means the world’s greatest runners are heading to the capital. As Paula Radcliffe makes her last appearance, we’ve looked at her most impressive performances. Take a look here.
Seven months into the job, is Tesco chief executive Dave Lewis the right man to lead a turnaround? Despite this week’s car crash results, the City is impressed.
And as polling day approaches, there’s a lot of hand-wringing going on in business. But what about the rest of us? Should we be worried? We take a deep breath and try to decide….

Transport for London boss Sir Peter Hendy clearly isn’t one to mince his words: in an interview with Management Today magazine, he likens London’s train network to the Wild West. “They are s**t, awful,” he says. “And then every now and then some people who look like the Gestapo get on and fine everyone they can. It doesn't improve your day, does it?”. Well, quite…
As Greece approaches yet another deadline to come up with reforms its lenders approve of, Yanis Varoufakis, its finance minister, takes to his blog to explain why the country’s leaders are resisting their demands. But he’s also optimistic: “The current disagreements with our partners are not unbridgeable,” he says.
What would it feel like if you were on a rollecoaster shaped like Nasdaq’s share price chart since 1994? The Wall Street Journal has provided an answer to a question almost no one has ever asked. Nevertheless – it’s pretty entertaining. 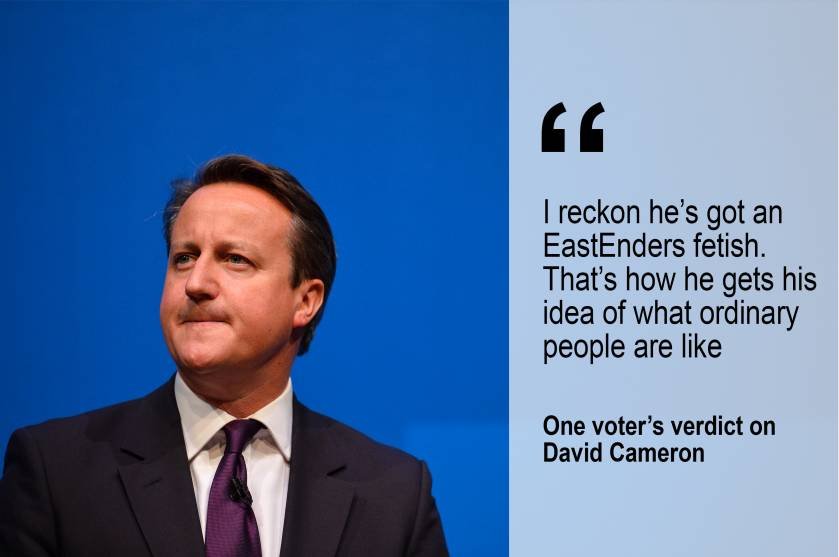