Miliband braces his would-be cabinet for years of budget cuts 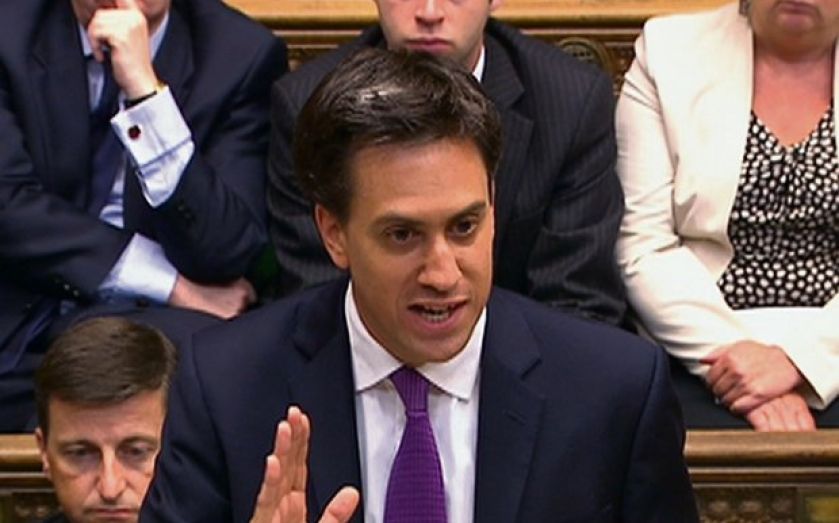 LABOUR leader Ed Miliband will today prepare his shadow cabinet for years of departmental budget cuts as he promises to deal with the deficit while protecting public services. Miliband will use his speech to set out how a future Labour government would balance the books without cutting the state to 1930s levels – an accusation he aims squarely at chancellor George Osborne. He is set to say that the Conservatives have “finally been exposed by the Autumn Statement for what they really are: not modern compassionate Conservatives at all – but extreme and ideological, committed to a dramatic shrinking of the state and public services, no matter what the consequences.” Shadow chancellor Ed Balls will add that departmental spending will be cut until the deficit is eliminated. The speech sets out Labour’s clear aim, to keep Whitehall budgets low in order to protect public services, but opposition parties have raised questions over whether Miliband can eliminate the deficit, protect public spending and steer clear of swinging cuts at the same time. Last night, a Labour spokesman said the party will make “different choices”, adding that the Tories represent “a clear and present danger” to public services in the UK. Last night government business minister Matt Hancock said: “Labour’s policy is to run deficits forever – more borrowing that would add to the national debt every single year.”