The maxim “it’s the taking part that counts” isn’t usually applicable to professional sport, but right now Steven Finn and Toby Roland-Jones are exceptions to the rule.

With the county cricket season well under way, both bowlers have already achieved their first goal of the campaign by simply being on the pitch for Middlesex’s opening Division Two matches, against Northamptonshire and Lancashire.

While the nature of the first match – a somewhat disappointing nine-point draw – wasn’t the ideal way to kick off a promotion push, the inclusion of Finn and Roland-Jones was a real boost for Middlesex after both spent their winters on the comeback trail from injuries.

Finn missed the final two games of the 2018 County Championship season and had surgery on his left knee in September to remove a benign tumour, which was the result of previous surgery undertaken in November 2017 on a cartilage tear.

Roland-Jones, meanwhile, missed the majority of last season after the recurrence of a stress fracture in his back in April consigned him to the treatment table.

With fellow paceman Tom Helm in a similar position following a back problem, the Middlesex bowlers set about a pre-season of rehabilitation. At times it was tough, but both Finn and Roland-Jones are delighted to be 100 per cent fit and raring to go under new head coach Stuart Law.

“To have all three of us here at the start of the season, fit and ready to go – that was the end goal, so it’s really pleasing to see that is the case,” Roland-Jones told City A.M.

Toby Roland-Jones has returned in both competitions for Middlesex this season (Source: Getty)

“Recovery comes in different stages: physical side, mental side – which is different for everyone, depending on the injury – and then the technical side of bowling to go with it. Having other guys there brings a different dimension to assist and aid when we’re all at similar stages because we can help each other out.”

While Roland-Jones went a year without playing, having been nursed back to fitness with help from Middlesex and England’s strength and fitness teams, the different nature of his problem meant Finn was forced to battle through last season before the decision was taken to have surgery.

“It can get frustrating because you know you’re capable of more than what you’re producing,” Finn told City A.M. “You’re playing each game worried about your knee and physically trying to get through it – rather than the performance aspect of it.

“I definitely haven’t done myself justice over the last 12 months or so. Now it’s a new leaf, with a new coaching staff here, a knee that feels like new again, so I’m looking forward, rather than looking back over the last couple of years.

“For guys who bowl very quick, I think they have to be protected. I bowled a lot when I was younger and I think that’s catching up with me now.”

After two stress fractures, Roland-Jones is certainly being protected. While the 31-year-old was able to bowl 30 overs against Northants and 29 against Lancashire, he knows that after “neglecting some of the technical side” during his first lay-off, he will need to listen to his body. 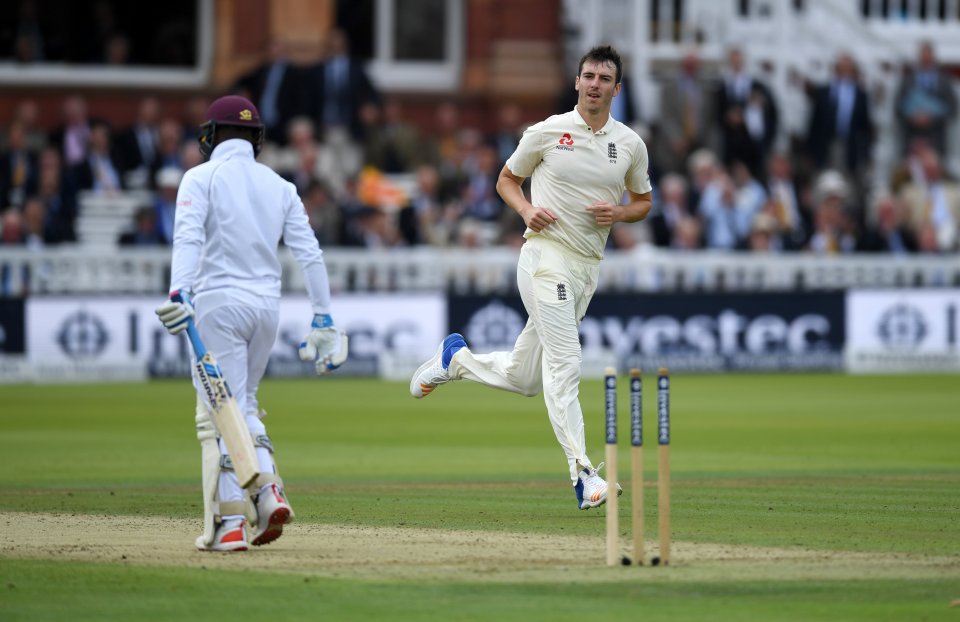 Roland-Jones has taken 17 wickets at an average of 19.64 for England (Source: Getty)

But with injuries a thing of the past, the man who exploded onto the international scene with figures of 8-129 on debut against South Africa in 2017 is hopeful his England career will be extended beyond four caps.

“How I managed to find my way in in the first place was keeping my head down, trying to push this club even further,” Roland-Jones said.

“I ended up being incredibly surprised when the first call came in 2016. Sometimes naturally you do get caught up in other things, maybe turning ambitions in drifting and dreaming away from what’s in front of you.”

Finn hasn’t pulled on an England shirt in any format since May 2017, but with his knee now finally back to 100 per cent and 36 caps under his belt, he’s keeping his mind open.

“I certainly feel like I am capable of playing for England still,” he said. “I feel as though I’ve got a lot left to offer. I’ve been lucky enough to play a lot of international cricket, but I’m still hungry to play more and I have that desire to.

“That’s something which is not on my radar at the moment but if I string a lot of good performances together then there’s an outside chance.”