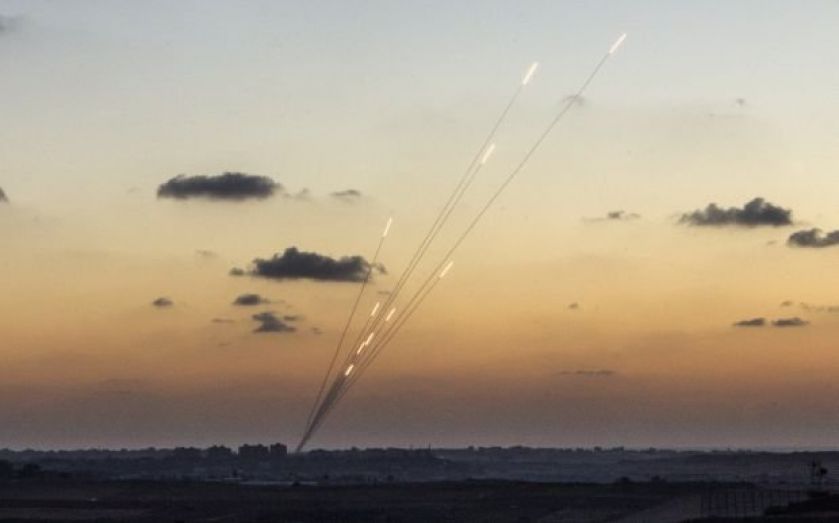 My wife recently passed along to me an almost unutterably beautiful video from the Royal Shakespeare Company. In it, Camille O’Sullivan performs “Daughter, Dear Daughter” from the Bard’s moving The Rape of Lucrece, giving voice to the universal anguish of a parent burying a child. It ends with the harrowing plea, “Then live, sweet Lucrece, live again/And see thy father die, and not thy father thee.” This is a trade every parent would make, and one that will never be honoured.

In today’s Middle East, such a universal, personal tragedy has yet again become something larger, and even more horrible. For as has happened all too often, the inmates have come to run the asylum, with the most militant and ghastly groups on both sides of the Palestinian-Israeli divide hijacking their two societies’ war-weary people.

On 30 June, the bodies of three kidnapped Israeli teenagers were found dead, allegedly taken by low-level Hamas militants probably acting on their own. Just days later, in response, a Palestinian teenager was seized and burned alive by Israeli thugs, certainly acting without the consent of Israel’s Netanyahu government. The baleful game of tit-for-tat continued, with small militant groups in Gaza, such as Islamic Jihad, initially firing rockets from Gaza into Israel in protest, challenging Hamas’s authority in the enclave, and leveraging them to start firing their more substantial rocket arsenal in turn.

The sickening logic continues, as over the past week Israel has launched a substantial aerial assault on Gaza, hitting 750 targets in the three days to Friday. On cue, the attack has pushed Hamas to increase its rocket salvoes into Israel, with 442 fired from Tuesday to Friday, though they have done little damage.

Israel has threatened to broaden the campaign into a ground war, with Prime Minister Benjamin Netanyahu making it crystal clear that the air campaign will continue until rocket fire has entirely subsided. With both sides now fully engaged in a war neither wanted, the rest of the world must summon the will to prevent this fire from turning into yet another conflagration.

Entirely correctly, the Obama administration has offered to broker a ceasefire between Hamas and Israel to stop the needless bleeding. In doing so, several rules of thumb ought to be strictly observed. First, the White House must recognise that it is unlikely that Hamas wanted this conflict. Obama must reiterate this basic point to Netanyahu over and over again: Hamas is weak, only a full-out war can make the organisation strong again, surely something that is not in Israeli interests.

After losing its Iranian, Syrian, and Egyptian sponsors, Hamas is broke (the Haniyeh government in Gaza has admitted it cannot pay its bloated public sector workforce of 50,000 people), perhaps incapable of re-supplying its military arsenal, and has just concluded a unity agreement with Fatah, its political rivals for the Palestinian leadership, entirely on Fatah’s terms. Hamas is not looking for a fight, but nor can it – in its weakened state – back out of one either.

A ceasefire backed by the Americans would give Hamas a face-saving way out of its present muddle. This second vital point must be quietly and incessantly made clear to the Hamas leadership by the White House, that the stark choices are either another tactical cease-fire, or some form of occupation by the Israeli army, another escalation that would spell catastrophe for both sides.

If President Obama can broker a deal around the simple calculation that Hamas rockets will be silenced in return for the Israeli Air Force returning to base, he will have done the world both a humanitarian and practical service. But the third basic point is that Obama – and you can clearly see gormless secretary of state John Kerry chomping at the bit – must not try for more than this.

Triage is required here, not the propagation of new, comprehensive Peace Talks which will certainly fail (as predictably did Kerry’s earlier efforts this year), merely dashing hopes further, entrenching extremist positions on both sides, and contributing to further sickening cycles of violence. The day may yet come for Middle East Peace, but not now. It is imperative that the White House opts for a limited, tactical deal, rather than futilely chasing unicorns.

However, it would not go amiss for Obama to forcefully mention the father’s lament in The Rape of Lucrece to both sides. For the real world deaths of these teenagers to have any meaning, in the name of God, it’s time for this to stop.