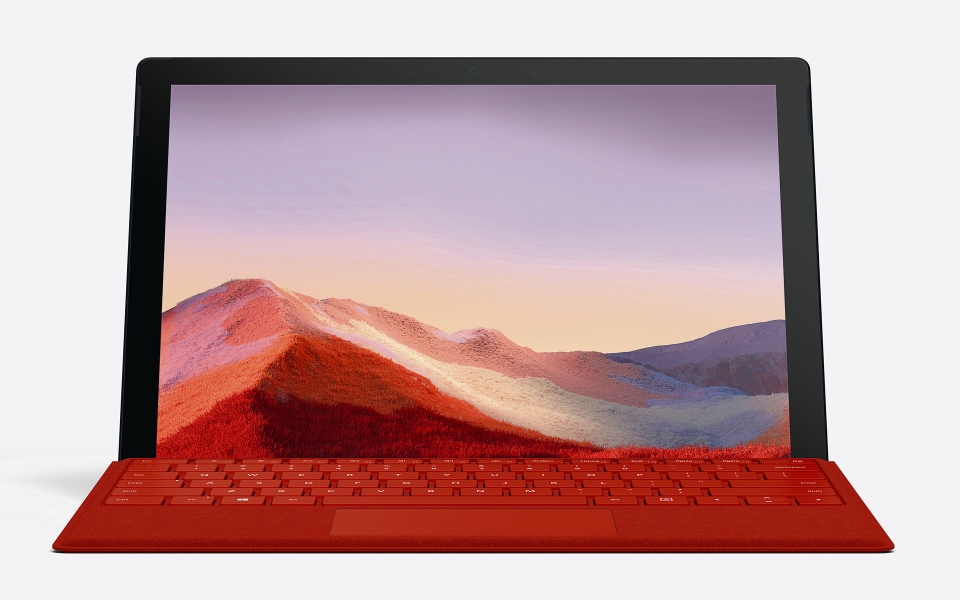 Since the original Surface Pro launched in 2013, Microsoft’s range of tablets have offered a value proposition most business users have found hard to resist: the form factor of an iPad, but with the functionality of a Windows PC.

Some mistakes were made along the way, namely a few tablets running compromised, Frankenstein versions of the operating system, which awkwardly straddled the realms of desktop and mobile like a drunk failing to vault a bollard. But since the launch of Windows 10, the leading Surface Pro devices each provide a near-seamless, fully compatible desktop experience on a machine smaller than a sheet of A4.

The Surface Pro 7 doesn’t rock the boat, mostly keeping things familiar while ushering in a few new features and a significant performance boost over previous models. This is achieved through the use of Intel’s latest 10nm processors in every available configuration; the smaller those transistors, the more of them you can cram into the CPU, and the faster everything goes.

The fresh legs are clear from the get go. This tiny tablet will churn through any task you could reasonably expect of it short of jobs like high-end gaming. Audio and raw image editing in Adobe Creative Suite, 4K streaming, anything you could conceivably want to do in Office 365 – the Surface Pro 7 rarely breaks a sweat in everyday use, only betraying its smaller size when it chews through its energy reserves at speed. That power increase comes at the expense of battery – eight hours of web browsing will send it to sleep.

The Surface Pro 7 is also Microsoft’s best looking hardware yet, especially when paired with the new colour range of accessories. The poppy red Type Cover in alcantara fabric – a synthetic suede more often spotted on the dashboard of fancy cars – is striking, though you wouldn’t want to eat your soup anywhere near it. The Surface Pen and Surface Arc mouse can be found in matching shades, though all three are sold separately. Expect to spend another £300 if you want to be fashionably colour coded on your morning commute.

Search around the 12.3-inch touchscreen of this new tablet and you’ll struggle to spot what else has changed since the Surface Pro 6. There’s a USB-C port for connecting to the newer devices. The iconic kickstand snaps out of the back, and when used with the cover turns this tablet into a functional laptop in a way no other two-in-one device can manage. The Pen still snaps to the side, satisfyingly.

Owners of the previous model shouldn’t feel the urge to upgrade, but those looking for a do-it-all hybrid won’t find much better.