Measure for Measure review: A play given impetus by #metoo 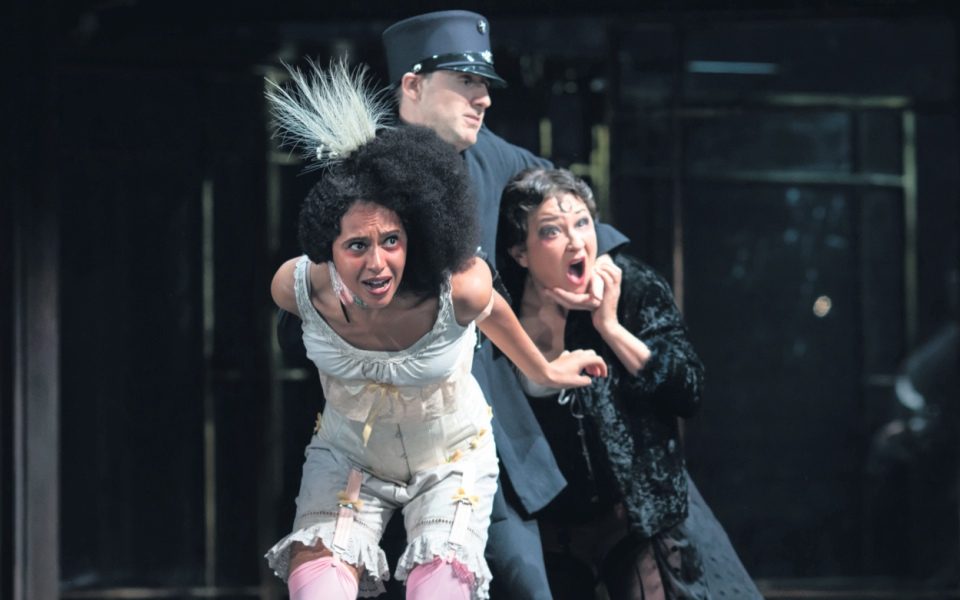 Measure for Measure has great contemporary resonance, with the tale of a man abusing a position of authority for his own sexual gratification echoing the complaints of the #MeToo movement.

The Duke of Vienna fears that his lax enforcement of public morals risks becoming a crisis, and so rather than dealing with the matter himself he decides to delegate his powers to his cousin Angelo, a flesh-mortifying zealot, who he hopes will clean things up. The Duke then decides to disguise himself as a priest and spy on everyone, because that’s the sort of thing that people do in Shakespeare plays.

Angelo wastes no time in shutting down brothels and locking up bawds, and when he discovers that Claudio has knocked-up a woman outside of wedlock, the fornicator is swiftly sentenced to death. Claudio’s sister, Isabella, is a novice nun who goes to Angelo to plead for clemency, and Angelo offers to free Claudio in exchange for sex.

This main plot is played straight, and with considerable restraint. Sandy Grierson is genuinely unsettling as the pious hypocrite Angelo, giving a reptilian performance that demonstrates the character’s self-loathing and weakness without making the mistake of humanising him; this is a villain that it’s OK to hate. It is a good contrast to the sympathetic Isabella, whose portrayal by Lucy Phelps is understated and believable.

Moving the action temporally to fin-de-siècle Vienna provides the opportunity for opulent visuals, but these dissipate rapidly after an opening scene of a ballroom waltz, and an entertainingly frenetic interlude inside a prison inadvertently draws attention to the languidity affecting the rest of the play.

The most interesting thing about this production is the lively interpretation of some of the minor roles. Joseph Arkley’s over-the-top Lucio is a louche, braggadocious cad, who enlivens every scene in which he features, and Patrick Brennan’s characterisation of an executioner exudes an invigorating creepy-weirdo energy.

It’s not a reinvention for the ages, but it’s yet more proof, if any were required, that the Bard’s work takes fresh meaning for every generation.