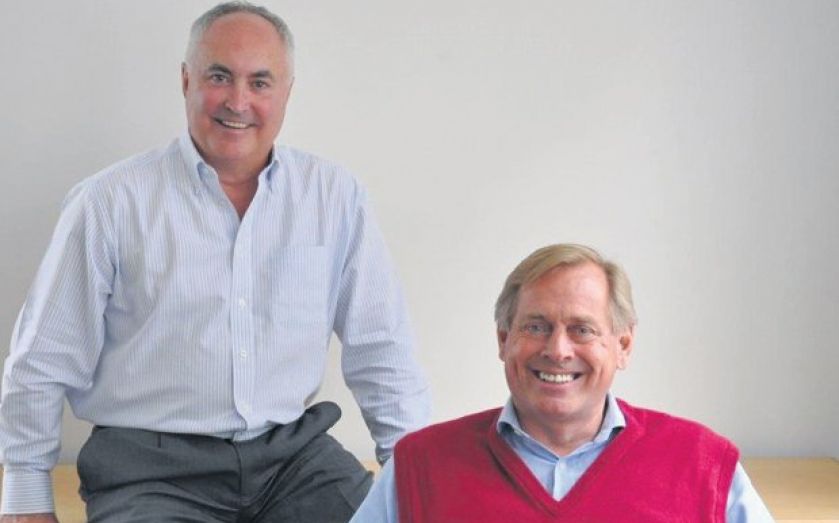 CROWDFUNDING platforms are multiplying across the world, with investors flocking to websites like Kickstarter to take a punt on small, private companies in the hope of high reward. Indeed, according to a recent report by research firm Massolution, by the end of 2013, crowdfunding is expected to reach $5.1bn (£3.17bn) in funds raised. But crowdfunding cannot help investors who want to buy shares in companies but who feel startups are a step too far along the risk curve. And shareholders in these early-stage businesses often find it difficult to sell their investment should they need.

GAP IN THE MARKET
This is the problem Stuart Lucas and Iain Baillie are trying to solve. Their company, Asset Match, is an online peer-to-peer multi-trading platform for private companies and investors wanting to create liquidity in privately-held shares. It was founded in 2011, and was Lucas’s idea – stemming from an investment he was involved in 13 years ago. That business was still backed by private equity, and Lucas realised that he could not be the only early investor in a now-successful company who was struggling to sell his shareholding.

So he commissioned some research, which led him to conclude that first, access to the Alternative Investment Market (Aim) and Icap Securities and Derivatives Exchange was mis-priced (“we don’t think companies should have to pay the £350,000 or more needed to list on Aim”). He also realised that there were thousands of private firms with share capital that have little or no liquidity. But by offering liquidity and allowing investors the possibility of an exit, the platform could make investment in these businesses far more attractive.

“Since the 2008 crash, there has been an unusual juxtaposition. On the one hand, you have people who are asset rich, but cash poor; and on the other, people who have plenty of money to invest. And low interest rates have created a demand for certain assets that wasn’t there before. For our business, it was a perfect storm,” says Baillie.

BUSINESS MODEL
The pair have known each other for over 30 years. Lucas was formerly head of credit trading at Nomura, and in 2000 established Bracken Partners – an investment boutique; Baillie was previously head of fixed income at Christopher Street Capital. The pair took the “shoe-leather” principle of matching buyers and sellers that Lucas had learnt when working on the floor of the London Stock Exchange, coupled it with technology, and built a platform that will simplify the process.

Asset Match charges companies to be admitted to its platform, and has a rate of £2,000 per quarter. But in line with Lucas and Baillie’s view that the “users of liquidity are the ones who should pay for it,” its main revenue driver is the commissions paid by the buyers and sellers. “The fees are typically 3 per cent either side, and are usually within the average bid/ask spread you are quoted on the junior markets.”

NEW ARRIVALS
According to the pair, Asset Match has no direct competitors, with similar companies focusing on de-listers rather than the £300bn locked up in established companies. Combined with their wide network, the fact that they are helping companies provide periodic liquidity – making them “look like heroes” to their early-stage investors – means they have already persuaded 14 firms to come on board, with three more joining imminently. Their demographic is companies that have been in business for five years or longer and have a mix of shareholders, from angels to private equity. “This means people can avoid the ‘J’ curve of early-stage investment, instead investing in a growing company that could be two or three years away from an initial public offering.”

Earlier this year, the duo successfully raised £300,000 on Crowd Cube (having initially secured seed funding from friends and family). “We see a pipeline of firms that will come onto the Asset Match platform that are supported by crowdfunding. So to us, it was a logical choice.” They did find parts of the process tedious – “some people just go on there to fire bullets at you,” says Lucas. But it gave them access to 3,000 private investors – a huge benefit to a company that is currently heavily reliant on networking.

SLOW PROGRESS
However, Baillie is concerned that entrepreneurs who don’t have a contact book bursting with affluent prospective investors may struggle to get their startup off the ground. He thinks the government is doing a “very good job” supporting entrepreneurship and offering “huge encouragement to get out of the cosy life in financial services and start something new”.

On the other hand, he says that the venture capital industry is too cautious; that there is too much emphasis today on debt and bank lending for small businesses, rather than on equity; and that too many entrepreneurs will spend too long validating an idea, and run out of money. Indeed, even for Asset Match, the biggest setback has been “the slowness. When you think you have the world’s best idea, you assume everyone else will think that, but it takes longer to get the traction you think. We are now working on six projects, but we thought we would be working on those nine months ago,” Lucas tells me.

PROMISING FUTURE
It is getting easier. Of the 14 companies on its platform, eight trade on a regular basis. They’ve had multiple enquiries in the past couple of weeks about companies that would like to use the platform. Their ambition? To have 200 to 300 companies on board (all of which will be holding monthly or quarterly auctions), a significant universe of high-net worth individuals coming to Asset Match in search of “interesting investments,” and someone else “running the business, while we’re on the beach”. How long will that take? “Two to four years.” Their 2013 anticipated revenues are £300,000; in 2015, the forecast is £2.5m.

Despite longing for sun and sea, what Lucas and Baillie are enjoying most about their latest venture is “engaging with real people and real businesses. We both come from institutional backgrounds working for big companies in large markets. But we’re finding it more rewarding to work with people who have built a business that they’ve heavily invested in,” says Baillie.

Eating: Anything that isn’t good for you

Favourite business book: Who Moved my Cheese, by Spencer Johnson

First ambition: To play for Chelsea

Number of staff: Six full-time; plus part-time and advisory members

Currently reading: The Rise and Fall of Bear Stearns, by Alan C Greenberg

Motto: Believe in what you do

First ambition: Providing for my family

Talents: For others to say. I do think I have identified opportunities and trends in my career