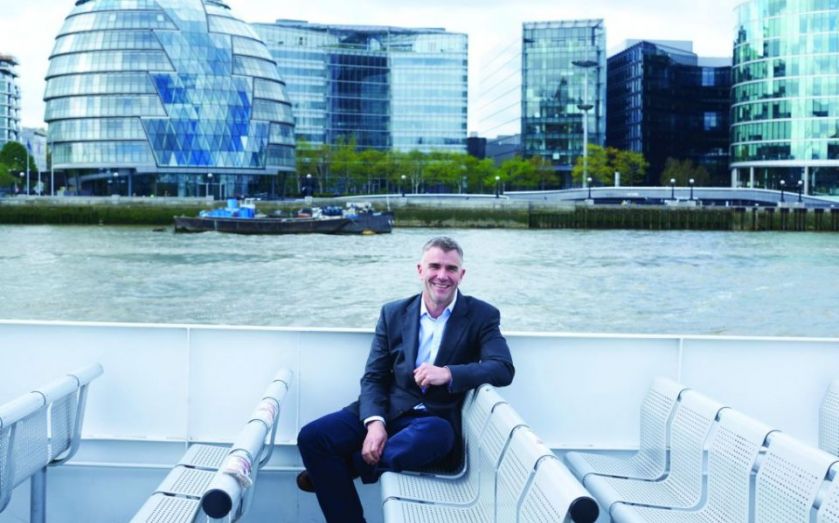 Ivan Massow is used to facing challenges. A successful entrepreneur from a dis-advantaged background involving various foster homes, he rose to prominence in politics in the 1990s when he became one of the first openly gay, high-profile Conservative Party members.
“It caused me a lot of embarrassment at the time, because of course if you were gay you were expected to be a Labour supporter,” he says.
“But the reason gay people flocked to the Labour Party was because of the Conservative Party’s human rights record. I felt I was part of that brigade that had to fix it.”
Now he has given himself the challenge of becoming London mayor, and to promote the entrepreneurial spirit that brought him success.
Read more: Who's the favourite to become London's next mayor?
As a youngster, he had a mind for business and found inspiration in the words of then Prime Minister Margaret Thatcher.
“I grew up really disadvantaged. What she talked about was Britain being a meritocracy, and anybody achieving if they’re prepared to make the effort,” he said.
“And I remember thinking about what it would mean for me as I was doing my paper round.”
After scrounging together what money he could, he bought a brick-like mobile phone and began running a firm from a squat in Kentish Town, providing financial services to groups considered too high risk for mainstream providers.
He initially sold services to people with, or considered likely to catch, HIV and later to people with mental health issues. But the money started rolling in when people without any kind of issue began buying his products as a way to support what he stood for.
Read more: Everything you need to know about Ivan Massow
His entrepreneurial flair feeds into his policy proposals, which aim to boost business and vital public services, without a raid on taxpayers.
He plans to slash £185m off the cost of running the Oyster Card system by simplifying the way it handles transactions. He also wants to expand it into a London Card which can be used in shops, to bargain en masse with utility companies and provide certain perks to Londoners, such as a bank-side view at the New Year fireworks.
It would also offer basic banking services to people turned down by current providers.
For ambitious entrepreneurs, Massow wants to utilise office space that is unused during the planning process, to provide them with space to work.
While he generally believes in keeping the state out of the way, he wants to expand it in areas he believes are underfunded, such as buying more air ambulances and funding children’s hospices. The revenue, he says, can be raised through a hotel tax and a London lottery. Together these would bring in almost £1bn a year.
Another major target of Massow’s is easing the capital’s housing affordability crisis.
Rent controls would kill investment, he argues. He wants to get more houses built by cutting the average time it takes to be granted planning permission to 1.5 years from between three and four years. He thinks it can be done by taking some responsibility away from local councils, who are often hounded by local residents.
Massow is also a firm supporter of the London’s historic financial district. If elected Mayor, he wants to speak out against banker bashing, which he believes has gone too far.
Share
Tags: Boris Johnson London mayoral election 2016 People