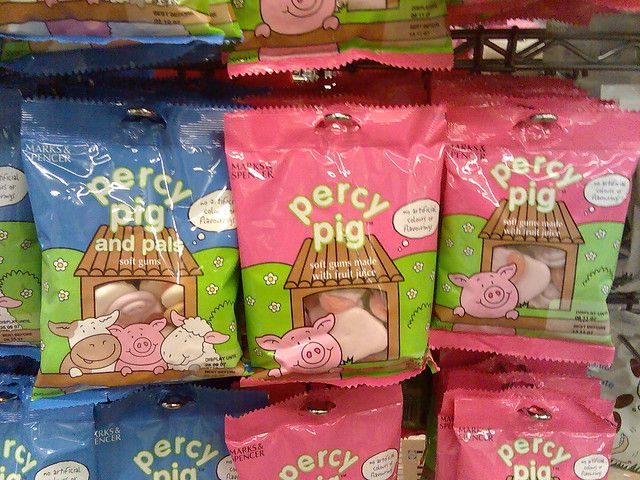 Marks & Spencer customers have reacted with outrage to the British retailer's decision to remove gelatine from the longstanding recipe for its Percy Pig sweets.

Although now suitable for vegetarians, the new recipe – introduced this month – has provoked a Twitter storm of anger, with the supermarket being condemned for altering the sweets, which it has sold since 1992.

Leading the charge against the new recipe, Piers Morgan on Good Morning Britain implored vegetarians to find an alternative, saying: “Seriously, go and get sweets that aren't called Percy Pig.

“Go and get ones called Kale Nicies which taste disgusting but you can all feel happy because they're made of kale. Leave our pig sweets alone you people.”

'Vegans and vegetarians – go and get your own sweets!'@piersmorgan isn't happy with the new veggie Percy Pigs… Have you tried them? pic.twitter.com/zbgCHacfff

Many social media users reflected Morgan’s criticism, with the new recipe described as “inedible” and “disgusting” by some on Twitter, and one user posting to Facebook: “Just when I thought my day couldn't get any worse MY FAVOURITE SWEETS PERCY PIGS RUINED!!!!”.

Talk Radio presenter Julia Hartley-Brewer was similarly unimpressed, and after conducting a taste test on her show, declared “they taste like Blutac dipped in washing-up liquid”.

We’ve just done a taste test on my ⁦@talkRADIO⁩ show of the new veggie recipe M&S Percy Pig sweets that everyone is so angry about.
Verdict: they taste like Blutac dipped in washing-up liquid. Yuck. pic.twitter.com/wjKQ49aWEK

But others saw the lighter side of the argument, with one Twitter user writing: “So funny seeing Piers talk about the ‘snowflake generation’ and then have a breakdown on national television about Percy Pigs being vegetarian.”

Marks and Spencer said: “For the last eight years we have been working to help our favourite pig move away from using pork gelatine.

“In the three years since, we have progressively introduced the new recipe across all of our Percy range and from May this year we will be able to celebrate that Percy is 100 per cent gelatine free and can be enjoyed by everybody.”