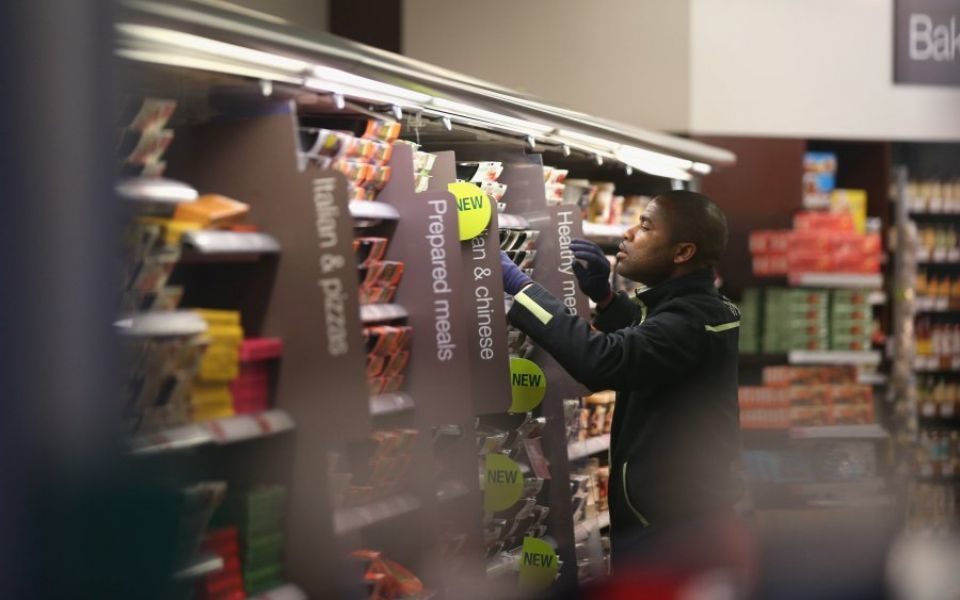 Shareholders hammered Marks & Spencer’s shares this morning as it became clear the retailer plans to hit up investors to fund a £750m food delivery venture with Ocado.

M&S’s stock dropped 9.2 per cent to 303p as it confirmed plans to raise £600m through a rights issue as well as knocking down shareholders’ dividend.

The retailer will gain a food delivery service for the first time in 2020 as it embarks on the joint venture with Ocado, coughing up the cash for a 50 per cent stake.

The stake would give M&S an online platform, selling its goods exclusively from Ocado.com by September 2020, as Ocado replaces its partnership with Waitrose.

Hargreaves Lansdown senior analyst Laith Khalaf said shareholders would take the rights issue in their stride, but warned on the dividend cut.

“That may well be needed to drag M&S into the twenty first century, but income investors don’t like dividend cuts of that magnitude, and are prone to dump a stock if it doesn’t continue to meet their need for a decent yield,” he said.

“That’s likely to heap downward pressure on the share price.”

Ocado’s shares, in contrast to M&S, rose as much as five per cent before paring gains back to stand 1.8 per cent up at 1,007p.

“I have always believed that M&S Food could and should be online,” Marks & Spencer chief executive Steve Rowe said.

“Combining the strength of our food offer with leading online and delivery capability is a compelling proposition to drive long-term growth.

“Our investment in a fully aligned joint-venture with Ocado accelerates our food strategy as it enables us to take our food online in an immediately profitable, scalable and sustainable way.”

At least a third of M&S’s business will be online once the venture kicks in, Rowe said.

M&S will pay Ocado £562.5m in upfront cash before the end of the third quarter, with a deferred cash payment of £187.5m plus interest five years after completion.

Ocado boss Tim Steiner said he was “delighted” at the joint venture, calling it a “transformative moment in the Uk retail sector”.

“The combination of the qualities of Ocado and M&S will allow us to grow faster, add more jobs, and create more value, as we lead the channel shift to ecommerce in the UK. We are very excited by the many opportunities ahead,” he added.

However, analysts said Ocado was getting the better end of the deal, saving £15m a year in money it will no longer owe Waitrose in sourcing fees.

“I can't see the commercial logic for M&S," he said, adding: "People don't really make money out of online shopping.”

“This is one of those situations which on the face of it, it looks like it makes more sense for Ocado than for M&S."

But Think Markets’ Naeem Aslam called the tie-up “a match made in heaven”.

“Both companies can benefit from this joint venture,” he said. “Ocado was in a tight spot because it needed funds to enhance the developments of its customer solution and the upfront payment of £562m is going to help it to fully fund this development.”

Ocado is reportedly set to split its business into two halves – one segment being an online grocery set up and a second segment dedicated to licensing its robotic factory technology across the world.

Yesterday the firms confirmed they were in talks over the tie-up, sending Ocado’s shares up 11 per cent by close and M&S’s up three per cent.