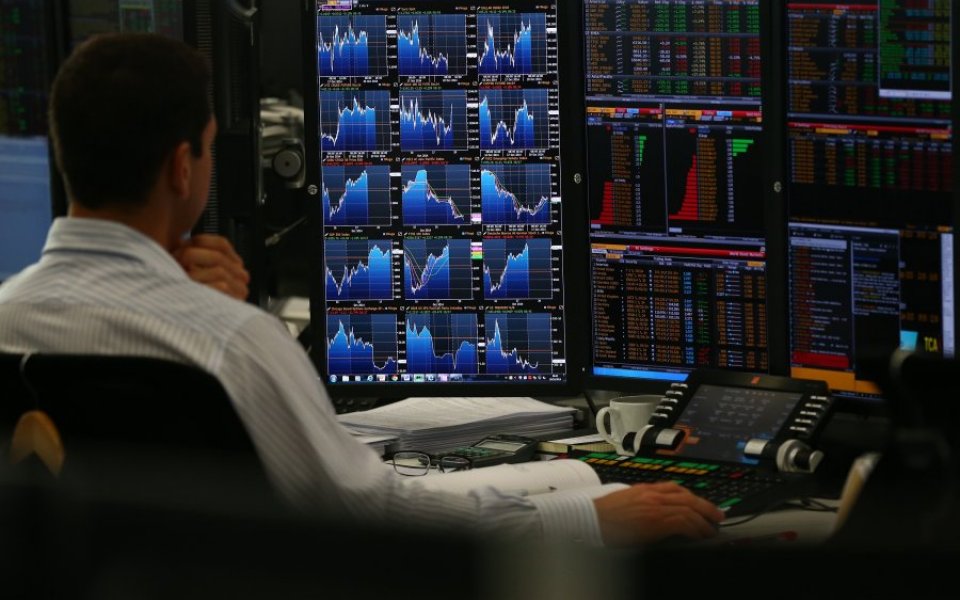 Markets around Europe have plummeted following what started out looking like a good day.

The FTSE 100 is down by nearly two per cent and at pixel time is at 5,744.05. It opened up this morning but has been unable to hold onto early gains.

The blue chip index is now just 100 points off from becoming a bear market again, defined as 20 per cent below recent highs. In April last year the FTSE climbed to over 7,100.
[charts-share-price id="34"]

Markets are being dragged down by a slightly larger fall than expected in China’s foreign-exchange reserves, down almost $100bn in January, according to data released by the country last night.

That’s the lowest the country’s reserves have been since May 2012. Reserves have now shrunk by 19 per cent from the peak in June 2014.

The latest data adds to growing concerns over the global economy and the long term health of emerging markets.

Equity markets given up early gains, off their best levels as investors adjust to a quiet Asian session on account of many markets closed for Chinese Lunar New Year. Investors also back in wait-and-see mode ahead of Fed Chair Yellen's testimony to lawmakers on Wednesday anxious for clues about the Fed's rate rise trajectory. What she says (and indeed what markets think in the run-up) could sway the USD and thus move commodities, with a knock-on for the EUR and thus DAX. FTSE 100 testing last week's lows of 5790. DAX downtrend persists with below 14-month lows 9200. Wall St futures nearing rising support at 16060. Gold's heading for retest of recent $1175 3-month highs.

The FTSE Eurofirst 300 index has dropped by more than two per cent to a 16-month low.

In Greece the stock market is still falling, now down over six per cent. Over the last week political tensions have again risen in Athens.

The oil price is also in the middle of a losing streak, having lost ground for three consecutive days.

The price of West Texas Intermediate is hovering just above the $30 per barrel level, while the international benchmark Brent is $33.40 per barrel.

In the UK the FTSE 100 is being dragged down by Worldpay Group, ARM Holdings, and ITV all down by around five per cent.

However miners, which have been increasingly volatile as the outlook for commodity prices worsens, have been having a good day so far.

Randgold Resources posted record-breaking production for the quarter ending 31 December, up six per cent year-on-year and is this morning trading up by three per cent, closely followed by rivals Fresnillo and Rio Tinto, both up over one per cent.